Is Zomato a buy after Q2 earnings Online food delivery giant Zomato's revenue surged sharply during the second quarter, but the company's net loss widened to Rs 435 crore during the period.

Zomato Ltd on Wednesday reported quarterly revenue that more than doubled as orders on its food delivery business zoomed, while higher expenses caused losses to balloon. 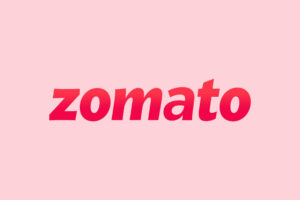 The company’s losses went up mainly on account of investments in the growth of its food delivery business. As part of its long-term strategy to focus on core business, Zomato unveiled its three key investments in startups Curefit, Magicpin, and Shiprocket.

“Why did our losses go up? This was due to investments in the growth of our food delivery business. Three reasons to be specific –

a) increased spending on branding and marketing for customer acquisition,

b) increased investments and growing share of smaller/emerging geographies in our business (which are less profitable today compared to more mature cities), and

c) increased delivery costs due to unpredictable weather and increase in fuel prices,” the company said in a stock exchange filing.

“The delivery cost per order increased by Rs 5 per order in Q2FY22 as compared to Q1FY22. The losses went up specifically due to three reasons — increased spending on branding and marketing for customer acquisition, increased investments and growing share of smaller/emerging geographies in the company’s business, and increased delivery costs due to unpredictable weather and increase in fuel price”, the company added.

Should you buy, sell or hold?

Brokerages on Dalal Street see up to 60 per cent upside in Zomato post-Q2 result. ICICI Securities is of the opinion that Zomato’s September quarter revenue growth was incredibly strong and way higher than expectations.

Global brokerage firm Goldman Sachs also retained ‘Buy’ on Zomato with a target price of Rs 185. It believes that the Q2 beat was driven by strong user acquisition. It sees elevated cash burn in the near term, as the focus of the firm remains on user acquisition. Another foreign firm Jefferies has fixed the target price at Rs 170.

“Zomato plans to deploy another US$1bn in next 1-2 years with an idea to add multiple large core businesses to the existing core, particularly in the e-commerce space. Some of these investments would eventually result in merger and remaining would generate financial returns or learnings for Zomato,” said Jefferies in a note. The brokerage has a Buy rating on the stock with a target price of ₹175 apiece

Morgan Stanley has kept an equal-weight rating on the stock with the target at Rs 140. GOV of $721 million (+19.2% QoQ, +158.2% YoY) against Morgan Stanley’s estimate of $590 million. The contribution margin in food delivery dropped to 1.2 percent, while a net loss of USD 57 million is in-line with the estimate.