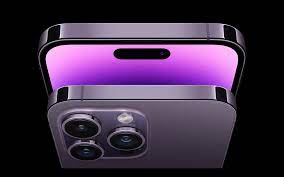 Spaceline In Talks With Apple For SOS Services.
Home
News

Spaceline In Talks With Apple For SOS Services

According to reports Elon Musk Spacelink is in talks with Apple to provide new SOS services to its newly released iPhone model 14. Space X founder Elon Musk recently said that the company had conducive talks with the iPhone manufacturing company.

“We’ve had some promising conversations with Apple about Starlink connectivity,” Musk said in a tweet.

Elon Musk further said that, for the iPhone and Starlink to work best, a hardware and software update may be required. Elon Musk did not provide any other details on the development.

“For sure, closing link from space to the phone will work best if phone software and hardware adapt to space-based signals vs Starlink purely emulating cell tower,” he said.

The update on emergency SOS services was one of the highlights of the newly launched iPhone models. An Emergency SOS service allows users to communicate when cellular services are unavailable. To efficiently work the SOS Emergency system, the phone should be connected to the satellites providing the services.

According to a statement from Apple, the Emergency SOS services may be impacted if there are any obstacles in the form of trees, high rise buildings. The SOS services are yet to be available in India.

The California-based tech company has said in a statement at the launch of the new iPhone model 14, that, it is planning to collaborate with Globalstar Inc. to power its emergency messaging services which it provides to its customers. Globalstar which is based in Louisiana is a satellite communication company, it provides its services to low satellite phones and to those where low-speed data connectivity is required.

The iPhone manufacturer further said that the company has dedicated around 450 million dollars for the support of the satellite services. According to reports, satellite services are currently available in the USA and Canada.