SpaceX’s SN10 starship test-flight was a 90% success. It was the company’s first-ever starship to actually have a proper landing, even though it exploded after a while. And it actually kept intact the words Elon said that it has a 60% chance of landing. And now, without wasting any time, the company has moved on to the successor of the SN10. SpaceX’s SN11 starship is now getting prepared for the test-flight launch and might actually be the first starship to have a 100% successful test-flight. 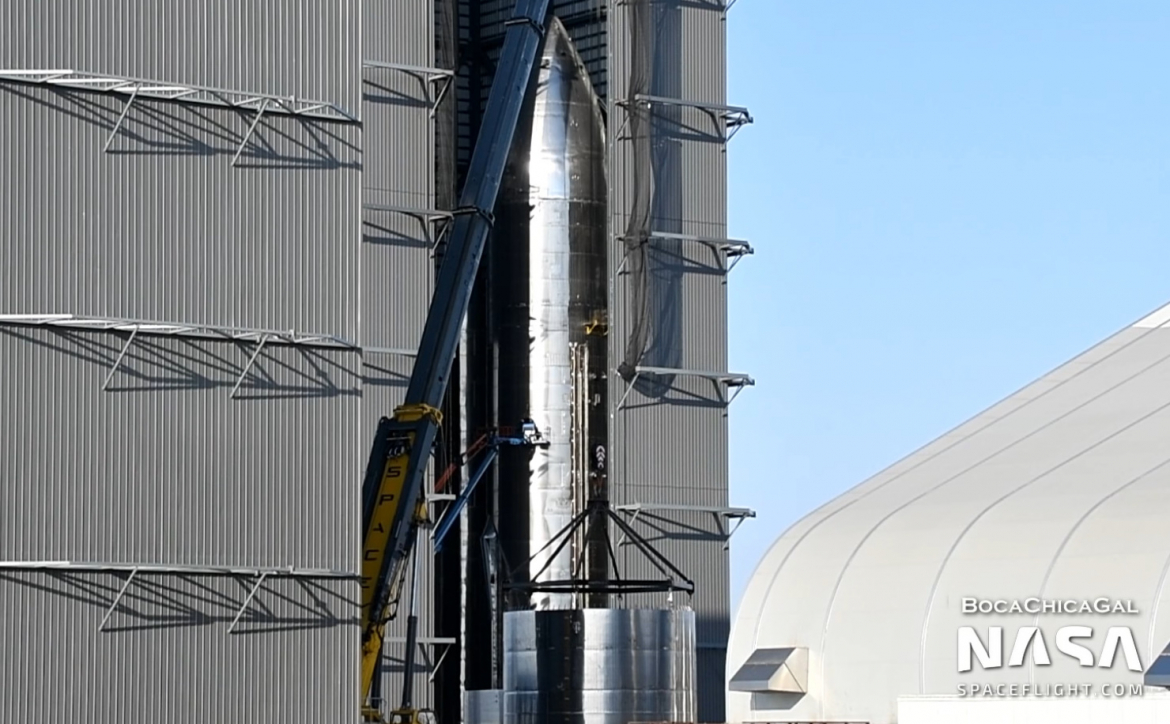 Reports suggest that the Sn11 starship will be out on pad by Monday. And the time taken for the launch will also be very less. SpaceX has been increasing the rate of its launches very quickly, and it could be yet another step above the previous generation tets-flights. According to the company’s previous starship launches, we could infer that a static fire test could be done in a week or two. And if the test is successful, then we can expect the launch in the next week. The SN11 will be the last vehicle in its line of Starships. So, the next vehicle after this will have a lot of changes, some of which Elon hinted about on Twitter.

The SN15 will be the successor of the SN11. It will also get ready for launch after it moved to High bay and a nose cone is added. The SN15 will be different from the SN11 and will have a higher Thermal Protection System and Thrust Puck. And the company is also not stopping at the SN15, the successor Sn16 and SN17 will also have significant improvements from their predecessors. A youtube video also showcased that SpaceX has already received the SN58. This shows how fast the company is planning is future launches.

SpaceX’s new models of Starships will pave the way for future space exploration and taking the first humans to Mars. I am definitely excited about it. What are your thoughts on the company’s SN11 Starship? And do you think it will be able to land properly and without exploding? Let us know in the comments below. Also, if you found our content informative do like it and share it with your friends.