Square announced late Sunday that its bitcoin-related investments cost the company $45 million in operating profits in the second quarter. That’s more than double the amount of money it lost in the first quarter. 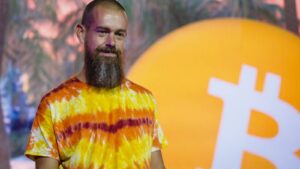 The digital payments corporation announced in February that it had purchased $170 million in bitcoin, increasing its previous purchase from October 2020. As of the end of 2020, that amounted to around 5% of the company’s total assets. Square made the statement in its earnings report on Sunday, which was disclosed earlier than expected to coincide with the company’s $29 billion acquisition of Australian financial software firm Afterpay.

The company stated that it purchased around 3,318 bitcoins, up from 4,709 in October 2020. Square estimates that it will account for around 5% of the company’s total assets by the end of 2020. 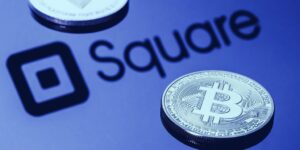 As bitcoin becomes more mainstream, businesses are increasingly embracing it. The world’s largest digital coin, however, had a difficult second quarter. Bitcoin reached a high of $63,000 in April before plummeting to around $30,000 in early July. On Monday, Bitcoin was trading a little around $39,000.

In its most recent quarter, Tesla, for example, reported a $23 million bitcoin-related impairment, according to the company’s second-quarter financial report released late last month.

Tesla announced a $1.5 billion bitcoin purchase in February, and by the end of March, the corporation had increased its investment to $2.48 billion. However, bitcoin’s price fell by more than 40% in the second quarter, lowering the value of Tesla’s bitcoin holdings. The company was smacked with a charge as a result of the decline, which has dragged down its operating profits.

Due to its volatility, investing in the digital coin entails some risk. According to Wedbush analyst Daniel Ives, Tesla’s stock price is now closely connected to the price of bitcoin.

This quarter, Square said it observed “substantial year-over-year growth in bitcoin revenue.” Bitcoin income reached $2.72 billion, a threefold increase year over year. Bitcoin’s gross profit was $55 million at the same time. This amounts to about 2% of bitcoin revenue.

Square, Inc. is a San Francisco, California-based financial services and digital payments startup. Jack Dorsey and Jim McKelvey created the firm in 2009, and its initial platform was introduced in 2010.

Also read: 11 Crypto exchanges could be shut down.