Squid Game crypto investors lost millions of dollars as developers run away with their money. I am pretty sure that this is the first rug pull, I heard in this bull run. The Squid Game crypto is based on the popular Korean Netflix series, Squid Game. Since the series is one of the most successful ventures of Netflix, the crypto also became very famous. It rose from $0 to $2,861 and attained a market cap of $2.1 million before crashing.

What happened to the Squid Game crypto?

The developers of the token took advantage of the hype that was surrounding the Netflix series. They knew if people come to know about their cryptocurrency it will surge in value. It is the reason they presented the coin that could be used for a new online game. If someone closely followed there were a lot of red flags regarding the crypto from the very beginning. First of all, the white paper and website was filled with a lot of spelling and grammar mistakes. 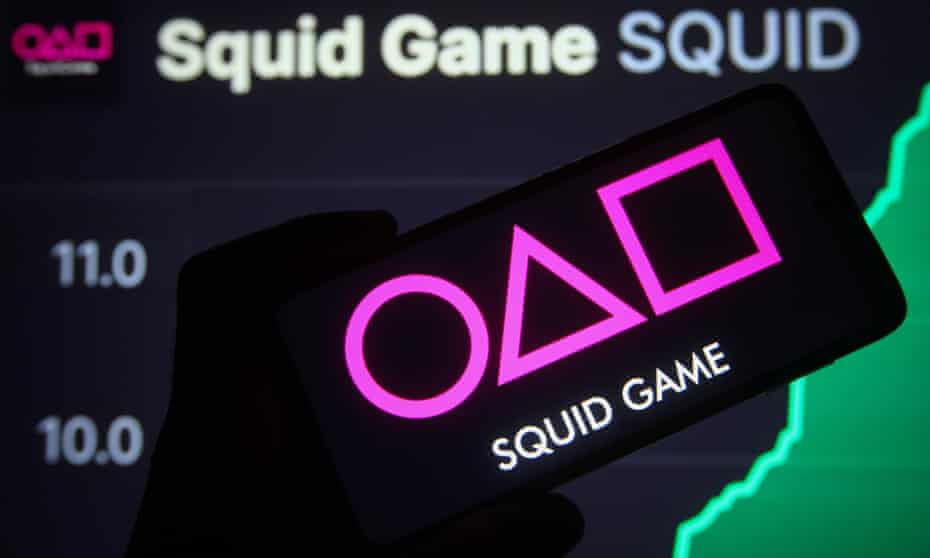 The developers knew that more than 99% investors do not read whitepapers and which was the reason they got away. Another important thing to note is that their site also disappeared. In fact, Coinmarketcap also warned users with an extreme caution sign on their platform regarding the Squid Game crypto.

Even though it could seem very attractive it is unwise to invest in coins that are so new. Now, there might be cases where new projects surface with great potential for the future. And in those cases investing in the crypto should be done after tons of research and making sure the project is legit. It will be a plus if the developers are known and have shared their information. The whitepaper, website, and all other related information also play an important role in the same.

Do note that new good projects are very difficult to come by. And if you see developers banking on the current hype of something and making crypto out of it, it’s probably a scam. Squid Game crypto investors lost millions of dollars because they were naive. If they asked themselves what will be the utility of the project after 5 years or when the hype is gone, no one would have invested.

What are your thoughts on the Squid Game crypto scam? And do you think investors have become a little too casual when picking cryptocurrencies? Let us know in the comments below. Also, if you found our content informative do like and share it with your friends.

Also Read: Steve Wozniak says that the government won’t ever let crypto out of their control