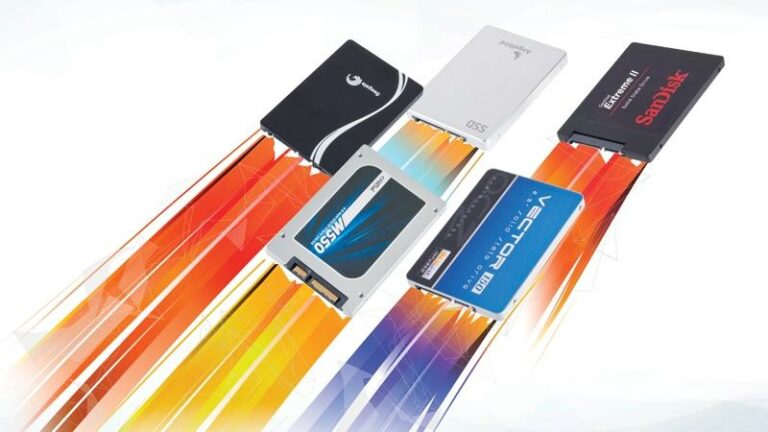 SSDs fail almost as frequently as hard drives, according to data from Backblaze

Backblaze, a cloud storage business, has released new statistics revealing that SSD failure rates are nearly as high as hard disk drive failure rates (HDDs). Backblaze explained its drive analysis for both SSDs and HDDs in a recent blog post, which revolves around real-world use in a live environment.

SMART stats are used by the company to monitor the health of its drivers. Backblaze claims it has no idea why its SSDs are failing at such a high rate right now.

Backblaze defines a drive failure as either a full failure or a drive failure that is impending when analyzing drive failures. Backblaze analyzes the drives’ internal SMART stats to anticipate the latter, which include read error rate, SSD wear leveling, power-on hours, total program fail count, and more.

Backblaze has only looked at the boot drives in its storage servers, rather than the main storage drives, to make the analysis more informative. From booting up the server through reading, writing, and deleting files, boot disks are used almost constantly, resulting in very little idle time.

Backblaze has been using a mix of SSDs and hard disk drives for boot drives on its servers since 2018, making it an ideal target for this type of testing.

Backblaze displays the lifetime SSD and HDD failure rates in the first table, which dates back to 2013. As you can see, HDDs have a substantially greater failure rate than SSDs, leading us to believe that SSDs are, as we’ve been promised, far more durable than HDDs.

However, there are a few issues with this, the most serious of which being the driver’s age. In 2018, Backblaze began installing SSDs. However, the corporation has data on hard disk health dating back to 2013, which is skewing the results significantly.

We can observe that the findings have changed dramatically after taking into account disk age and equating SSDs and HDDs. In terms of failure rate, SSDs aren’t far behind hard drives, with a 1.05 percent annualized failure rate compared to 1.38 percent for hard drives.

Backblaze isn’t sure why SSDs are dying so quickly, but the data clearly reveals that they aren’t as tough as we once assumed — and to be clear, these SSDs are completely breaking due to normal use, not from exceeding the drive’s write endurance. 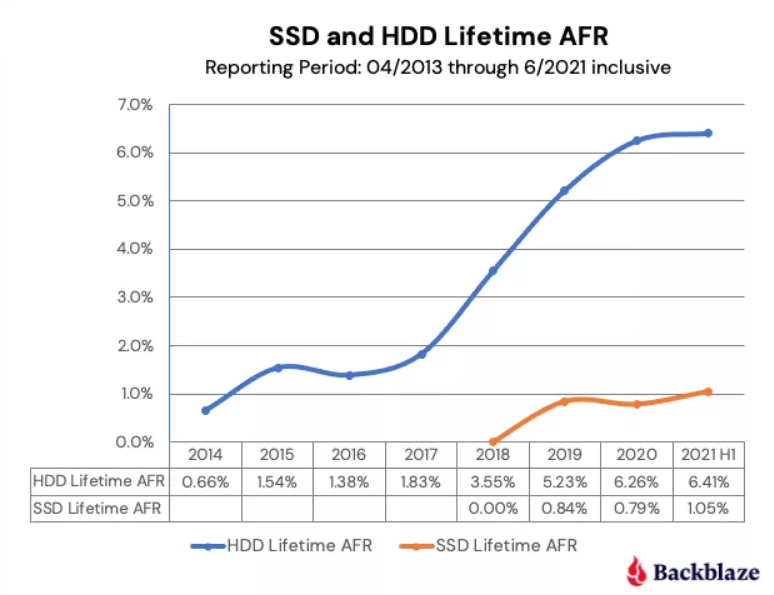 Backblaze also notes that due to drive aging, hard disk failure rates climbed dramatically from 2018 to 2020 (before leveling in 2021). (most of these drives were installed around 2014). This indicates that once Backblaze’s SSDs are a few years old, they may suffer the same fate. However, only time will tell if this is the case.

For the time being, it’s unclear why these SSDs are failing so frequently, especially because they don’t have any moving parts. Backblaze’s SSDs are unknown in terms of make and model. Budget controllers and/or NAND flash may be present in some, or other considerations may be at play.

The picture will likely become clearer when the company collects more long-term data on SSDs. Regardless of the cause of drive failure, whether your drives use spinning platters or non-moving NAND, it’s always a good idea to back up your data or use a RAID array with redundancy.