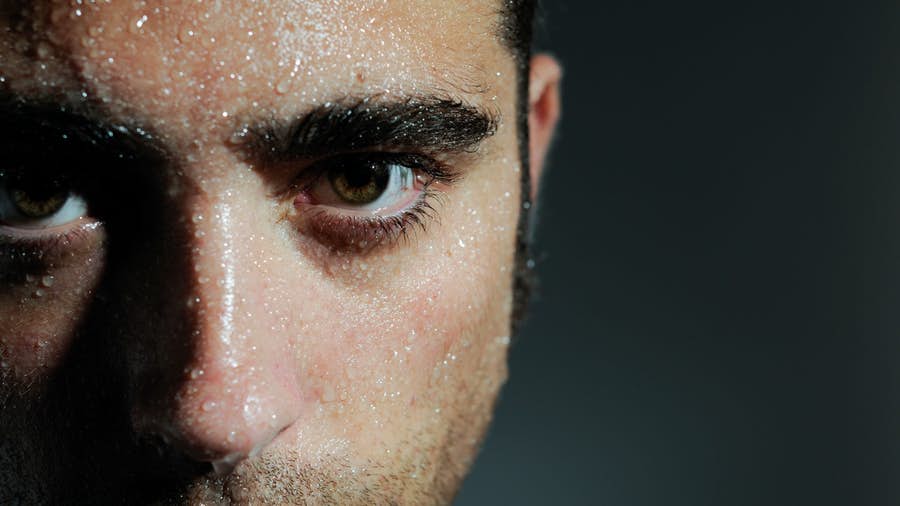 A team from Stanford University has developed the first wearable skin sensor that can measure a person’s cortisol levels from their sweat. Cortisol, a hormone that spikes in response to stress levels, is an important biomarker for scientists that can help measure everything from emotional stress to metabolism and immune function.

Our perspiration contains a goldmine of valuable information on the well-being of our bodies. There is an exciting array of burgeoning research into sweat-sensing devices that are designed to offer new ways for diabetics to measure glucose levels, help athletes measure metabolic conditions while exercising, and even measure levels of medications in a person’s system.

“We are particularly interested in sweat sensing, because it offers noninvasive and continuous monitoring of various biomarkers for a range of physiological conditions,” says Onur Parlak, lead author on the new study.

Parlak and his team have been developing wearable sweat-sensing technologies for several years but detecting cortisol levels from perspiration presented a particular challenge. The sweat sensors the team has previously developed worked primarily by detecting a positive or negative charge in a given molecule. Cortisol, on other other hand, has no charge, so a more creative solution was necessary.

“I always get excited about a device, but the sweat collection system that Onur devised is really clever,”says Alberto Salleo, lead materials scientists at Stanford. “Without any active microfluidics, he’s able to collect enough sweat to do the measurements.”

Early tests are proving incredibly promising, with the experimental device able to deliver results in seconds where previously scientists needed blood samples and hours of analysis. The next stage for the research is to improve the reliability and accuracy of the sensor while also trying to engineer it into a reusable and functional design that can be applied in real-world conditions.