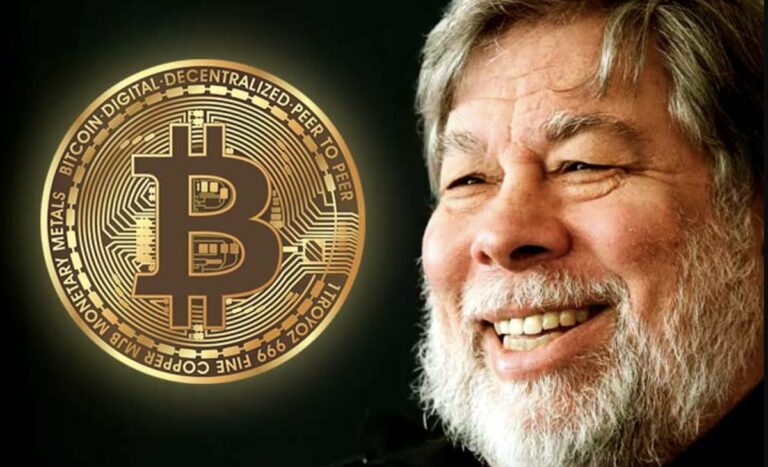 The “artificial” US dollar and the “mathematically pure” Bitcoin were compared by the programmer behind the original Apple computer. Steve Wozniak, Apple co-founder and ‘Unicorn Hunters’ Circle of Money Investor, claimed in an interview with Yahoo Finance on October 29 that Bitcoin is mathematical purity and difficult to copy.

Brian Sozzi and Julie Hyman spoke with Steve Wozniak, Apple Co-Founder and ‘Unicorn Hunters’ Circle of Money Investor, about his new TV show, Apple earnings, the state of big tech, and much more.

“Look at the U.s Dollar, the government can just generate new dollars and borrow; it’s like it’s never fixed, like Bitcoin,” Wozniak told Brian Sozzi and Julie Hyman. “Bitcoin is maths, pure mathematics. There will never be another Bitcoin”.

The entrepreneur highlighted comparisons between the United States monetary system and the electronic peer-to-peer monetary network. Wozniak appreciates the “science, math, logic, and computer programming” involved in Bitcoin, which he considers “artificial” in comparison to the US currency.

“If inflation occurs, your house increases 10 times in 40 years, and you think you’re a clever investment; no, you have an old house,” Wozniak explained. “You used to own a brand-new home, but the government claims that 90 percent of its worth is earnings and that we will tax it. All of the government’s levies are based on inflation”.

The programmer behind the first Apple computer also pointed out that Bitcoin is not controlled by a single body, which means it can maintain a level of stability that is difficult to do with the US dollar, where regulators can print new paper bills.

“Bitcoin doesn’t even have a creator that we know of, it isn’t run by some company, it’s just mathematically pure, and I believe nature over humans always,” he added.

Wozniak exposed some misconceptions regarding Bitcoin and the human right to privacy. Bitcoin and some cryptocurrencies, according to Apple’s co-founder offer “a little bit of anonymity,” which he doesn’t think is a good thing. He questioned the necessity for secrecy, saying, “You should be able to stand up and say I conducted this transaction”.

Wozniak’s views are short-sighted and reveal a high level of privilege. He ignores the 4.3 billion people living under totalitarian regimes across the world for whom “standing out” could have terrible implications as a financially affluent white male in the United States who can enjoy a high degree of freedom.