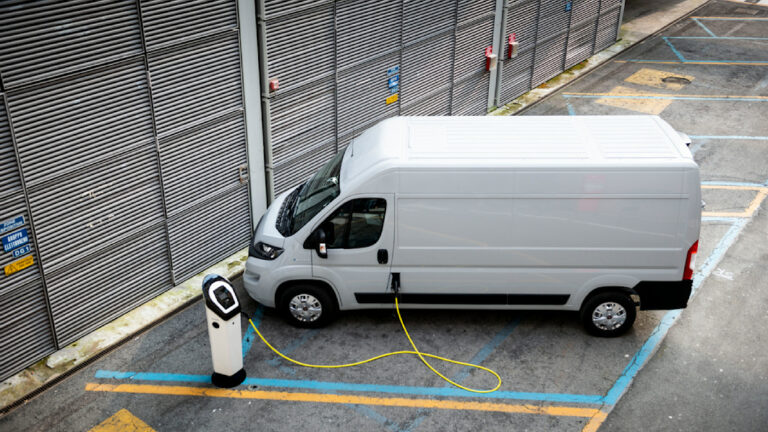 Stellantis and Toyota Motor Europe (TME) partner on making a new large-seize commercial van, which also includes an electric version. The vehicle will be launched in the European market. It is a mid-size van line-up, that will be made under the existing partnership. With the addition to Stallentis, its light commercial vehicle scale will strengthen.

The agreement comes under third body type, thus completing a full LCV line-up, large-size LCV, and compact-, mid-size commercial vehicles. While Stellantis will supply TME in Europe. The vehicles will be launched under the Toyota brand. Stellantis plants in Atessa, Italy, and Gluwuce, Poland will be producing the LCV. TME’s first entry is scheduled to be by mid-2024, by entering the large-size commercial vehicle segment.

Carlos Tavares, Stellantis CEO said, “Operational excellence is by definition recognized in this expanded deal. With this third successful engagement, Stellantis is further demonstrating its expertise in the commercial vehicle segment and in developing battery-electric technology built to support a full range of needs. This agreement strengthens our leadership in the EU30 for LCVs and low emission vehicles and moves us a step closer to realizing our Dare Forward 2030 goal of becoming the undisputed global light commercial vehicle leader, in terms of technology, manufacturing, market share, and profitability.”

Stellantis and TME’s collaboration started in 2012 with the Toyota’s mid-size LCV produced at Stellantis’ Hordain plant in France, followed in 2019 by a competitive and appealing addition to the compact-size LCV segment, produced at Stellantis’ plant in Vigo, Spain. The large-size LCV announcement today, deepens the collaboration enabling Toyota to complete a full LCV line-up in Europe while allowing both companies to benefit from development and production cost optimization.

“We are pleased that we can extend this successful partnership through the introduction of a new large-size commercial van. It represents an important addition and completes our light commercial line-up for Toyota’s European customers. The new LCV will represent a key contribution to Toyota’s growth targets for its overall LCV line-up, alongside the Hilux pick-up, Proace, and Proace City, enabling Toyota to provide a mobility solution in all segments of the LCV market,” commented Matt Harrison, President, and CEO at Toyota Motor Europe.

Carmakers have increasingly been agreeing on cross-manufacturing deals to reduce costs in vans, which due to a boom in parcel delivery are seeing large demand – and where electric vehicle versions are also seeing rising sales to carry out “last-mile” deliveries in city centers.