SUGAR Cosmetics to Expand Offline Presence to Over 60,000 Stores The company claims that 60% of the overall business comes from markets outside of tier 1 cities

SUGAR Cosmetics is an online e-commerce direct to consumer start-up that sells cosmetic products. The company sells a whole range of makeup products, skincare products like moisturizers and sunscreen and even brushes for makeup.

The company’s co-founder and chief executive officer, Vineeta Singh came out to say that the company is looking to expand and reach a wider audience as they plan to be present in over 60,000 retail stores all across the nation over the next year to year and a half. This is in a bid to at least double their current revenue according to Vineeta Singh. 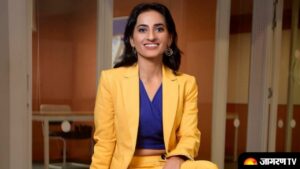 She went on to say that physical stores like brick-and-mortar ones bring in their biggest chunk of revenue at around 65% while the remaining is through their online retail. Over the past year, the company has slowly been expanding their products to stores and increasing their offline presence. They predict that almost three quarters of their revenue will be through offline stores by the next financial year. Currently SUGAR Cosmetics products are available in around 30,000 stores in India and they will be looking to double that number.

According to the company’s data, well over half of their revenue comes from tier 2 or below cities while around 8% of their revenue is through international sales with the biggest customers being the Middle East, Nepal, and the United States of America. They said that their international sales aren’t going to grow anytime soon and is likely to stay at under a tenth of their total revenue as the company is currently heavily focussing on domestic expansion.

She went to say that if they are to expand internationally, they will need to have 30-40% of the company’s stock keeping units (SKUs) that would appeal to the people of that particular country.

Even though the world and especially India, have had a digital revolution with smartphones and the internet penetrating through all walks of life, she still believes that offline sales and retail will not fade away any time soon and will continue to take most chunks of total retail sales for at least the next decade or so.

She views social media and e-commerce as a way to discover the company and the products but the final transaction is likely going to take place in real life at a store. Doubling their offline presence seems like a steep task and only time will tell if they will be able to pull it off.