The incredible journey of Sundar Pichai ! 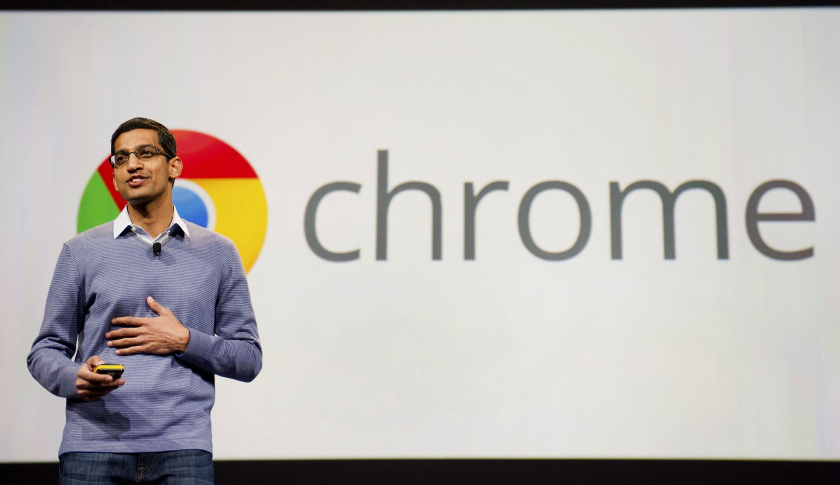 A few months ago, Google underwent a massive management reorganization. CEO Larry Page had decided to step back to focus on the “bigger picture.”  Sundar Pichai, who was previously tasked with overseeing the company’s Chrome and Android units was made in charge of all of Google’s major consumer products including Maps, Search, and Google+ as well as commerce and ads. Quite clearly, a little-known and soft-spoken middle manager had become a No. 2 to Google CEO Larry Page. Here’s How !

Originally from Tamil Nadu, Pichai studied at the Indian Institute of Technology Kharagpur, where he received a Bachelor of Technology. He received a M.S. from Stanford and obtained an MBA from Wharton School at the University of Pennsylvania. At Wharton, Pichai was honored as a Siebel Scholar and a Palmer Scholar. Before his first job at Google, Pichai worked at Applied Materials as an engineer and then at McKinsey & Company in management consulting. In 2004, Pichai joined Google as its vice president of product management, where he led the team working on Google’s Chrome browser and operating system.

In September 2008, Pichai oversaw the successful launch of the Chrome web browser, and less than a year later, the web-based Chrome operating system for netbooks and desktop computers. After Google Apps head Dave Girouard departed to start his own company, Upstart, Sundar Pichai was handed over the Google Apps division.And  in 2013 when Android creator Andy Rubin left to begin a secret robotics project within Google, Page put Pichai in charge of Android as well.

Earlier this year someone had asked the question on Quora as to, “What did Sundar Pichai do, that his peers didn’t do, that got him promoted to the highest ranks at Google?”

I never reported to Sundar or in his group, but many of my peers and friends did. Besides being incredibly talented and hardworking like many of his coworkers and peers, Sundar did a few things:

1. Foremost: he led successful efforts for difficult projects that were core to Google’s continued financial success, namely Toolbar and Chrome. Toolbar wasn’t an obviously sexy product but it helped defend the presence of Google search on users’ computers during a critical period following the revelation of Google’s incredible profitability. Chrome extended that mission to improve the user experience of the entire web: keep users on the web and you’ll keep them searching on Google.

2. He recruited, mentored, and retained a great team. Sundar’s team of product managers had a reputation as being among the best of the best, similar to the reputation of the software engineers within Search Quality.

3. He avoided making enemies. Google has politics like any other large company, and Sundar navigated those politics to make his team successful while inflicting the least possible damage on any other team.

Throughout his time at Google, Sundar Pichai has developed a reputation for being extremely talented, hardworking, being result driven and being well-liked.Pichai’s impressive track record at Google caused him to be approached by Twitter to lead Product at the social network, but Pichai ultimately declined. In addition to Twitter’s interest, Pichai’s name was also mentioned as a potential front-runner for the position of Microsoft CEO after Steve Balmer announced his resignation in August 2013.