The journey of artificial intelligence from Frankenstein to Sophia has been quite impressive, with major milestones on the way. Artificial Intelligence has reached a point where it can even surpass human perception, achieving inhuman perception and accuracy. Therefore, it should not come as a surprise that certain AI-powered systems have been equipped with the ability to even predict your personality by just looking into your eyes. Or that there are smart speakers smart enough to diagnose heart disease, and conversation grasping light bulbs. Even those tiny unsusceptible and quite ordinary threads on in your clothes might have an embedded tracking device. Yes, we are being watched by machines and perhaps, by more than just machines. Rather than being ignorant and blissful, it’s always preferable to be a step ahead by being aware of these tracking technologies. Here is an exemplar example of tracking technology. Those ‘intelligent’ eyes can even peek into one’s personality! 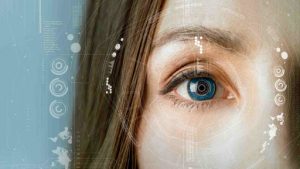 Eye-tracking technology has been gaining popularity for a while now. It does not really require complex technology to carry out the tracking duty. All that is needed is an HD video camera functional enough to watch your face. This is more than enough to collect relevant data about a person.

However, according to a 2020 research review, the data collected can reveal a good amount of information about a person, when subjected to advanced data analysis systems. Eye-tracking data can constitute a surprising amount of user information including his/her biometric identity, gender, age, personality traits, details concerning drug consumption, emotional state, and much more. In short, the amount of information collected and analyzed can lead to machines or AI systems wearing the mentalist cloak.

Even more astounding is the fact that some eye-tracking systems can even reveal information related to cognitive processes which can be put into use for treating physical and mental health conditions.

As per the Grandview Research,

“The analyzed data is used to study a myriad of psychiatric and neurological conditions, such as autism spectrum disorder(ASD), attention deficit hyperactivity disorder(ADHD), obsessive-compulsive disorder(OCD), Parkinson’s, Alzheimer’s, and Schizophrenia, among others.”

How Do They Work?

Eye-tracking systems are not just capable of spotting what a person is looking at. Their abilities go far beyond that. They are capable of tracking the fixation length, eye movements in between fixations, and even acceleration and speed of the movements. Apart from this, it is even capable of detecting the most subtle details like the movement of eyelids, dilation of pupils, eye color, and even iris texture, which can be inferred to arrive at conclusions regarding the personality of a person. In short, the technology basically adheres to the working rule ‘eyes are the windows to the soul.’ What a mentalist does after years and years of practice, AI and Deep Learning make it possible in the literal blink of an eye.

The benefits of this technology are obvious. Paired with augmented and virtual reality, it can be used to curate personalized services and even personalized approaches, which will prove to be a sharp marketing tool. The possibility of manipulation also goes up a few levels with this range of opening into human personality. Therefore, it will be wise of us not to close our eyes or for that matter, open our eyes and reveal too much.