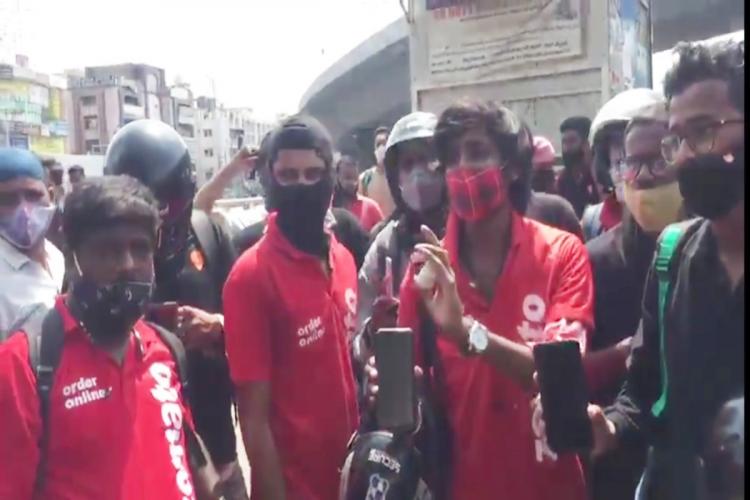 Swiggy and Zomato, the two food delivery giants in the country, which were shut down in the states of Telangana slowly started to resume again in the city of Hyderabad from May 23, Sunday, after the Director General of Police (DGP), Hyderabad- Mahender Reddy instructed the Commissioners of Police to pay attention to the problems and ensure smooth delivery of the essential products. Both Swiggy and Zomato both are now functional. It is also important to note that both the service are operational with limited fleet.

In a tweet, Zomato said- “We are operational in Telangana today with limited restaurant and delivery partner supply.”

Swiggy too tweeted about this saying- “We’re operational with limited options for food and other essential deliveries based on local directives.”

The delivery partners whose accounts were blocked for cancellation penalties will be reversed, said Zomato. It said that these penalties were automated triggers and they will be “reversing all cancellation and rejection penalties incurred today due to the operational issues on-ground.”

Both the food delivery companies- Zomato and Swiggy had paused their services in the state of Telangana on May 22, Saturday, until further clarity on the guidelines regarding the lockdown were given by the governmental authorities. This notice by the food delivery giants came after a few of the delivery people were fined and their vehicles taken in custody during lockdown.

The Telangana Government was seen violating its own order and even assault the delivery workers in some cases, despite of the government orders for allowance of deliveries in their list of permitted activities and services when the lockdown was announced.

The Telangana Gig and Platform Workers Union (TGPWU) had urged the Director General of Police to look into the matter and return the vehicles which were seized. The union also requested the DGP to cancel the challans that were issued to the delivery guys and drivers during the lockdown.

The DGP also gave instructions to all the three Commissioners of Police to get in touch with all the stakeholders to redress their objections “at the earliest for smooth supply of essential services”.