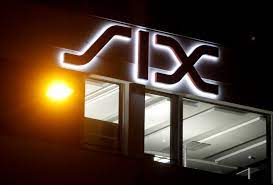 The Swiss Financial Market Supervisory Authority (FINMA) has given the exchange the green light to operate a stock exchange. In addition, Switzerland has a central securities depository for digital assets. This was announced on SIX’s website on Friday.

SIX Digital exchange will be able to go online with a fully regulated, integrated trading, settlement, and custody infrastructure thanks to this authorization. For digital securities, this infrastructure is built on distributed ledger technology (blockchain). The system is most recognized for keeping a complete record of all cryptocurrency transactions. The Swiss Exchange can now provide the highest Swiss standards of control and regulation thanks to these licenses.

The company plans to provide stocks and bonds in the form of digital tokens once the exchange is up and running. “While the final shape of the market is still evolving, this is an important milestone in providing institutional investors with a safe and robust infrastructure that meets all of the core requirements of a traditional exchange and CSD infrastructure,” Thomas Zeeb, Global Head, Exchanges & Member Executive Board, SIX, said.

He also stated that the Swiss Digital Exchange clearance procedure has provided SIX and the sector with vital expertise.“This is a significant step forward in bringing capital market digitalization into the public, but it is only the beginning. We will continue to collaborate with our clients, regulators, and other stakeholders to shape future markets,” he stated.

The Digital Exchange might be a regulated cryptocurrency exchange alternative. The Swiss exchange, on the other hand, has stated that it will not support bitcoin or other cryptocurrencies. SIX has become one of the first global exchanges to dedicate a platform to digital assets. In 2018, the group revealed its plans for the launch. SIX has not stated when the new product would be available.

The Six Group’s SDX is a product. It is constructing the world’s first regulated digital market infrastructure, according to its website. The Swiss Digital Exchange intends to invest further in the development of the digital financial ecosystem. As a result, a global liquidity network based on Distributed Ledger Technology will be established for digital assets.

Switzerland is a cryptocurrency and blockchain-friendly country. It is home to a number of industrial companies as well as regulations that are relevant to the industry. Because bitcoin has become a focal point in Switzerland, the canton of Zug has been dubbed “Crypto Valley.”