Cardano announced on Aug. 12 that the upgrade had been completed successfully at epoch 290, allowing for the first time the development and execution of smart contracts on the public blockchain.

Despite the achievement, Cardano emphasizes that the project is still in its early stages, claiming that now is when “the mission truly begins” in a blog post published the same day, Cardano has announced that the Alonzo hard fork has been completed, bringing with it the long-awaited smart contract capabilities. “This is where the mission truly begins, as we – the entire community – begin to realize the vision that we have all been striving for so long. Building a decentralized system that gives everyone, everywhere, economic identity and opportunity.”

Plutus scripts, which the developers describe as “a purpose-built smart contract development language and execution platform utilizing the functional programming language Haskell,” may be used to write smart contracts for Cardano using the Alonzo branch. 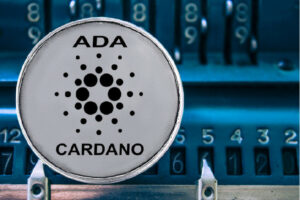 The team, on the other hand, has urged the community to keep realistic expectations for Alonzo, saying, “There are enormous expectations resting on this upgrade.” Some of them are irrationally so. Cardano enthusiasts may anticipate a complex ecosystem of consumer-ready DApps shortly following the upgrade. Expectations must be handled in this situation.”

Cardano is a public blockchain created by Charles Hoskinson, co-founder of Ethereum, and his research firm IOHK. Cardano promised to challenge Ethereum’s dominance in hosting decentralized finance (DeFi) and Web3 applications, but despite launching in September 2017, the project has been chastised for failing to implement smart contract capabilities till now.

Dominic Williams, the founder of rival platform Internet Computer, lambasted Cardano for taking so long to implement smart contracts, saying, “It shocks me that this chain has been in the market for two years and is only now adding smart contract support, and people are satisfied with this advancement.”

Cardano was also chastised in early September when the first DApp to launch on its testnet ran into problems with failed concurrent transaction processing. “Seriously 6 years of “peer-reviewed” research and a $90 billion+ market value later, the first Cardano app can’t even execute concurrent transaction processing (aka the very thing you need for DeFi),” tweeted Anthony Sassano, an outspoken Ethereum maximalist.

Cardano has responded to the criticism by claiming that DApps created on the protocol aren’t “restricted to one transaction per block.” Despite its critics, the excitement surrounding Candano’s enhancements recently drove its native token ADA to new highs, with ADA rising 192 percent from a low of $1.06 in late July to $3.10 on September 3, according to CoinGecko. Since the beginning of 2021, ADA has increased by over 1,600%.

However, ADA has subsequently dropped and has spent the last week fluctuating between $2.30 and $2.80, implying that many speculators bought the rumor and dumped the news.