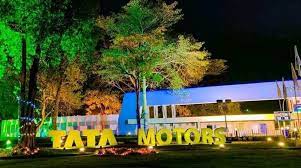 Tata motors have acquired the remaining 49 per cent share in Marcopolo according to a statement from the Indian automobile manufacturer.
Home
News

Tata motors have acquired the remaining 49 per cent share in Marcopolo according to a statement from the Indian automobile manufacturer. With the completion of the deal, the Indian automobile manufacturer is now the owner of the Tata Marcopolo Motors Limited (TMML) joint ventures. In a statement, Tata has said that the two companies have formally completed the acquisition procedure for acquiring the entire acquisition.

The TMML venture would now function as a subsidiary of Tatas from August 29, this year According to a statement from Tata. The Indian automobile sector is currently dominated by Indian automakers.

The two partners had come into an agreement in 2020 in which it was finalized that, the Indian automobile manufacturer would purchase the remaining shares for Rs. 99.46 crores. The TMML joint venture was formulated in the year 2006. Tata at the time had been holding 51% share and the remaining 49% was held by Marcopolo. Further, Tata motors have said it would continue with the Marcopolo licencing to TMML for three years.

According to a statement from the company Marcopolo, the company had a successful venture in India. The joint venture buses marketed under star bus crossed the one lakh customer base mark in the year 2021.

“After a successful venture in India, and as a consequence of its refreshed business strategy, Marcopolo S.A. has decided to exit from the JV and offered to sell its 49 per cent shareholding in the JV to the company,” Tata Motors said.

Marcopolo SA headquartered in Caxias do Sul, Brazil manufactures a bus, coach and rail manufacturer founded in the year 1949. According to an estimate, over half of the bus car manufacturers in Brazil are from the company and are reported to export their coaches in around a hundred countries across the world besides six plants in Brazil, Chile, France, Italy, Portugal and South Africa.

Reportedly, Tata Motors is now India’s third largest car manufacturing company in the world. Tata Motors also has a nine per cent share in India, which is the fourth largest automobile market in the world.