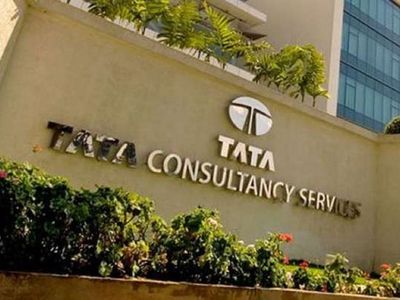 The Tata Consultancy Services (TCS) is one of the branches of the Tata Group, which is one of the biggest business groups in the country. In recent news regarding the company, it was mentioned that the company has successfully survived the pandemic caused globally due to the Corona Virus. It helped many other businesses by navigating them successfully too. The company was able to earn a tremendous amount of customers. This stood the company in a great position from where it will be able to avail the benefits from the multiyear technology cycle ahead. The 26th Annual General meeting (AGM) was held on June 10, Thursday where the Chairman of the Tata Group- N. Chandrasekaran talked and made announcement regarding the same. In the AGM, Chandrasekaran said that if the investor had invested in TCS IPO in 2014, when the rates of the shares are ₹850 only, then today, the worth of each share would have been ₹28,000. The shares worth increased by 3000% in the last 17 years. Each shareholder would have received a 3000% return on their share’s invested value.

Yet another thing that the chairman addressed in the meeting is that TCS has constantly, over and over in time invented and re-invented new services and offerings that are required for the future. The company has also delivered an operating margin that leads in the industry, of almost 25.9% in the financial year 2021. This gave the company a total dividend pay-out of ₹38 per share, by which it completed a share buy back of almost ₹16,000 crore in the current financial year. This helped in returning 95% of the free cash flow back to the customers.

Another topic that came up in the meeting was of demand environment. The Chief Executive Officer and Managing Director of Tata Consultancy Services- Rajesh Gopinathan, in the meeting said- “We are at the start of a multiyear technology upcycle”.

The consistent investments of TCS in capability of transformation and growth have started showing amazing results as the company recorded a 17.1% growth in total contracts. The company signed almost around $31.6 billion in new contracts in the financial year 2021.

CEO and MD Rajesh, further said- “As customers execute the transformation agenda across multiple horizons starting with building a digital core which touches both their applications infrastructure and technology infrastructure as well as business and operation transformation initiatives. Horizon two will involve innovating the business models by leveraging the power of data and analytics and finally horizon three which we believe the cloud will enable the creation of purpose lead ecosystem where enterprises will collaborate with other adjacent enterprises to create offerings which benefit to create customer’s purpose. These initiatives together will result in a significant technological transformation across multiple industries which gives us long-term visibility in overall demand environment and we are gearing up for that.”