The self-driving technology wars continue to grow, it is more than about who launches it first. It is about how advanced the technology launched by them is when it comes to autonomous driving cars. Major automakers like General Motors, or Ford find tough competitors as companies with an upper hand in techs like Tesla and Apple are entering the market. Three major chipmakers, Intel Corp’s Mobileye, Qualcomm Inc, and Nvidia Corp grow alliances with self-driving companies to develop specific chips for these companies. 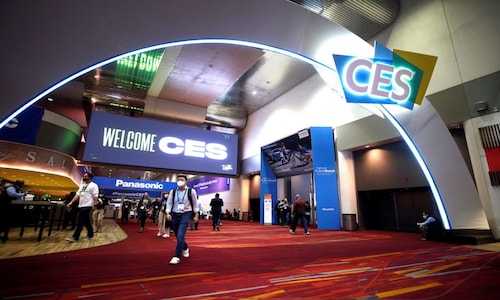 The deals involve consolidating scores of older, slower chips into more powerful centralized computers. But to win them, the chip firms have had to consent to let automakers control key parts of the technology. For automakers facing Apple and Tesla, the stakes are high. In addition to electrifying their models, automakers are essentially designing computers with increasing self-driving capabilities. That means a big opportunity for automakers to make money off software and services in cars long after vehicles roll off a dealer’s lot, but only if they can keep the customer relationships and data for themselves, the way that Tesla and Apple do.

Vice-president, automotive for Nvidia, a maker of high-powered chips, Danny Shapiro said that Automakers “that haven’t been the pioneers are finally realizing they’re going to be left in the dust if they don’t change their approach”. Nvidia announced this week that they are going to supply electronic brains for various future Chinese automakers. The chipmaker is also working with major automakers like Volvo, Hyundai, Audi, and Mercedes.

Among these alliances, in the end, it is about who owns the technology. Sapiro said, “Control and customization, and who owns the data?” The complication increases as automobiles are combined with technology. These include computer vision algorithms to help cameras recognize pedestrians, sprawling high-definition maps of the world’s roads, and “drive policy” software. All these advancements are used to make millisecond decisions about how the car should behave when confronted with the unexpected.

For chipmakers, this would mean they would let customers pick and choose what they want. For example, Qualcomm spent $4.5 billion last year to purchase Veoneer Inc to round out all the pieces of software needed to complement its self-driving car chips. Meanwhile while providing services to General Motors, such software assets are not required as GM already has its own.

But for other carmakers, Qualcomm needs to have all the pieces of a self-driving system ready, said Nakul Duggal, senior vice president and general manager of automotive at the chip firm.  The case is similar to other chipmakers and self-driving companies. Mobileye’s alliance with Ford depend recently, where Mobileye is changing the way how they usually deliver. Mobileye Chief Executive Amnon Shashua told, “We provide all the outputs to Ford, and they’ll run their own algorithms on top of our outputs,”