Honda announces plans to build a massive EV factory in China. The news comes just after China decided to halt its ban on foreign ownership of Chinese car factories. The new factory will be built under Honda Motor (China) Investment Co. which is wholly owned by Dongfeng Honda Automobile Co. and Honda subsidiary. The factory will be, “a new dedicated electric vehicle (EV) production plant … in preparation for the expansion of its EV lineup in the coming years.” 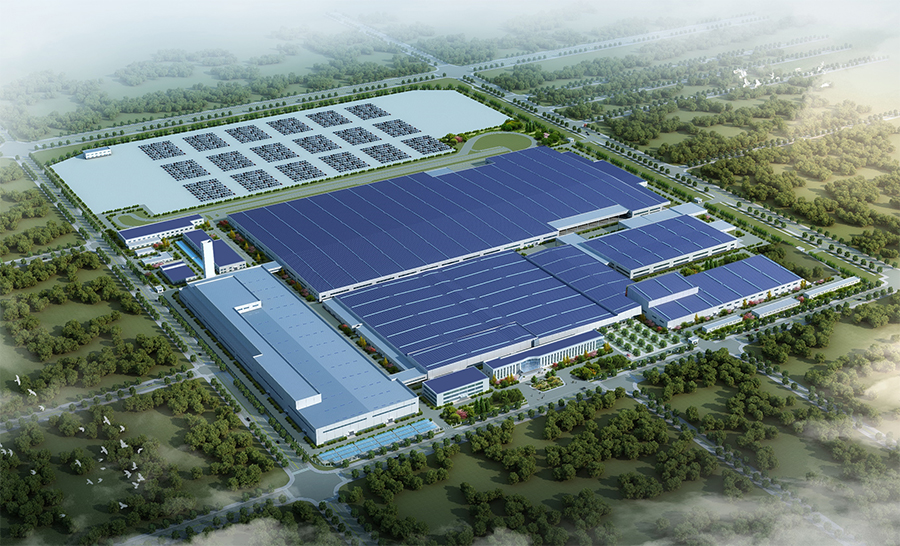 The new factory will cover 630,000 sq. meters of ground in the Wuhan Economic Development Zone in Hubei Province, China. With this capacity, Honda can manufacture 120,000 units per year. Honda hasn’t officially announced the location details. However, the Scooter Doll concept that was released last year in October, it was evident that they are going to build in Wuhan.

The new EV factory is being designed to be a highly efficient “smart” plant, capable of “start-to-finish” EV production. That means everything from stamping and welding, to painting, assembly, and vehicle inspection. Honda also claims the plant also will strive to achieve an industry-leading level of automation, mainly in the assembly area.

Honda announced in the press release that the new Wuhan plant will “proactively pursue sustainability initiatives, which will include the utilization of renewable energy sources such as solar power toward the realization of carbon neutrality, use of recycled water … and reduction of VOC emissions.”

Honda has been criticized for its ambitions being in hydrogen fuel technology rather than electric vehicles. They previously announced their plans to go electric by 2040 which is further later than other automakers. It is building its US market volume on GM’s Ultium platform. The new platform in Wuhan could mean pushing their EV production both short term and long term. They did mention earlier that they will further accelerate the plans in the coming years. While Honda has the potential to increase its EV sales by focusing on one aspect, they are also betting on other technology as well. The playing with volume number continues and is predicted by many to change as competing automakers drastically shift towards EVs. Referring to their goals in China, Honda stated in April last year, “In China, we have been introducing EV models while utilizing local resources, and we will further accelerate this approach from here forward. We will introduce 10 Honda-brand EV models within five years. As the first of the 10 models, the mass-production model based on the Honda SUV e: prototype is scheduled to go on sale in spring 2022.”