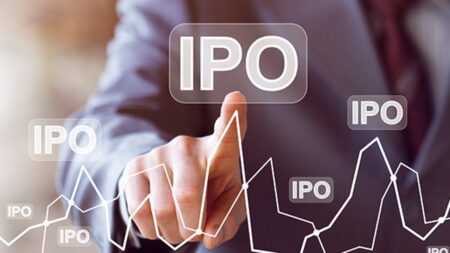 Tech IPOs may hit Wall Street in 2022 Possible new IPOs in 2022 are highlighted by big players in food, fintech and communications

Several hot firms have gone public in the last year, but that doesn’t mean investors looking for the greatest new forthcoming IPO in 2022 are out of luck. Yes, in 2021, a record-breaking 1,000 firms went public, raising $315 billion as of late December, shattering the previous high of less than $200 billion.

Some of the year’s most prominent launches included Roblox Corp. (ticker: RBLX), Coinbase Global Inc. (COIN), Rivian Automotive Inc. (RIVN), and Robinhood Markets Inc. (HOOD). However, there is still interest in several private companies that have yet to go public. Whether through a standard IPO, a direct listing, or a special-purpose acquisition company, or SPAC.

Here are ten of the most anticipated IPOs in 2022 to keep an eye on.

Although an IPO in 2022 has not been finalized, the messaging app Discord is expected to go public in the coming year. The company has surely gotten the attention of the general public. The young-skewing app, which is popular among gamers and cryptocurrency projects. It reportedly doubled its users in 2020 as the pandemic prompted individuals to communicate online.

It has 150 million monthly active users, and income nearly tripled in 2020, from $45 million the previous year to $130 million. The failure of a deal for at least $10 billion between Microsoft Corp. (MSFT) and Discord in April 2021 turned out to be serendipitous. The startup had raised $500 million by September at a $15 billion valuation.

Reddit is almost certain to be one of the most anticipated forthcoming IPOs to watch in 2022, as the social media site leverages its cachet from the meme stock frenzy of 2021 to try its hand at Wall Street. The company’s valuation has been “mooning” in recent years, rising from $3 billion in 2020 to a $10 billion valuation in an August 2021 investment round.

Reddit filed a private application to go public in December 2021, indicating that the enormously popular message board service will go public in 2022, barring unforeseen circumstances. Reddit had 52 million daily active users at the start of 2021. It made $100 million in advertising income in the second quarter, nearly tripling its revenue from the previous quarter.

Instacart was one of the most anticipated public debuts in 2021, but that doesn’t mean it won’t be one of the hottest IPOs to watch in 2022. The grocery delivery giant, which is backed by a who’s who of Silicon Valley venture capital firms including Kleiner Perkins, Andreessen Horowitz, Sequoia Capital, and Y Combinator.

It has pushed back plans to go public in 2021 to focus on battling increased competition from the likes of Amazon.com Inc. (AMZN) and Uber Technologies Inc. (UBER), as well as expanding its digital advertising services, a large growth opportunity given the primed-to-buy.

Revenue is estimated to more than triple to $1.5 billion in 2020, but growth will moderate to a low-double-digit rate. Instacart is a service that allows you to order groceries online.

Instacart is almost certain to go public shortly, but with such strong support, there’s no need to rush. Estimated IPO worth in 2022: $39 billion.

The corporate software firm aspires to offer an all-in-one centralized service that allows users to store and analyze organized and unstructured data. Salesforce.com Inc. (CRM) is an excellent example of Databricks’ capabilities. Databricks is used by the Dow Jones member to power Einstein, their AI platform that helps users find the most efficient ways to run their businesses. Although Databricks hasn’t filed for an IPO yet. It given how popular business software is and the revenue multiples peers trade for, an IPO is likely.

Databricks raised $1.6 billion in an August investment round, valuing the company at $38 billion post-money. Potential IPO valuation in 2022: more than $38 billion.

Financial technology, or fintech, has expanded significantly in recent years, with businesses like Block Inc. (SQ) and PayPal Holdings Inc. (PYPL) at the vanguard. One of the allures of fintech is that it makes financial services more accessible and smooth, and Chime goes a step further by opposing exploitative fees that disproportionately harm the poor and financially illiterate.

Chime does not charge monthly fees, overdraft fees, account minimums, or other fees, and this concept, combined with its mobile-first online banking, has proven popular with both users and investors. The corporation received a $15 billion private valuation in October 2020, only to be valued at $25 billion in August 2021. According to reports, the corporation is aiming for a valuation of between $35 billion and $45 billion. An IPO might occur as early as the first quarter of 2022. Potential IPO valuation in 2022: $35 billion to $45 billion.

Occasionally, certain corporations do an unusual dance with public markets: they go public, get bought out and taken private, and then go public again as the acquiring company seeks a return on its investment. Such is the case with The Fresh Market, a regional supermarket chain based in North Carolina that went public in 2010. They only to be purchased privately for $1.36 billion in cash by private equity firm Apollo Global Management in 2016. That age, however, is coming to an end, since the firm has filed for an IPO, which is almost guaranteed to take place in 2022.

The supermarket intends to raise $100 million in its most recent revised S-1 statement filed with the U.S. Securities and Exchange Commission to gain strategic flexibility and the opportunity to refinance much of its debt. Potential IPO valuation in 2022: more than $1 billion.

iFit Health & Fitness, a connected fitness startup, was set to go public in October before canceling the transaction at the last minute. Citing market conditions, the workout equipment firm that competes with Peloton Interactive Inc. (PTON) and Nautilus Inc. (NLS) is now expected to be one of the top incoming IPOs in 2022. The previous year was objectively terrible for connected fitness startups like Peloton and Nautilus. They had to deal with both company-specific challenges and a general decline in demand for home training equipment as the pandemic-fueled buying surge faded. The sale of these peer firms was most likely a factor in iFit’s decision to postpone its first public offering.

A more accurate valuation is difficult to determine, but a 2020 investment round allegedly valued the business at $7 billion, so it will be an interesting IPO to follow in any case. Potential IPO valuation in 2022: $4 billion to $10 billion.

Beyond Meat Inc. (BYND) competition Impossible Foods, the plant-based meat firm behind the famous Impossible Burger, is quite likely to go public, and if it does, expect it to be one of the hottest impending IPOs of 2022. One does not need to be skilled in tea leaf reading to predict the debut. The business was apparently in discussions to go public as early as April 2021. It hired a new chief financial officer in August, and the CEO declared an IPO “inevitable” in November. Expect lots of investor interest in Impossible Foods, which has imitation meat products in more than 20,000 stores and is expanding internationally, as well as a bigger social mentality shifting away from meat and toward alternatives. Recently, the business sought private funding at a valuation of $7 billion. Potential IPO valuation in 2022: more than $7 billion.

Lime, the e-scooter and e-bike business, is set to go public in 2022 after obtaining $523 million in convertible debt in November, according to a recent interview with CEO Wayne Ting. The firm, formally known as Neutron Holdings Inc., has over 200,000 bikes and scooters and is fast expanding, with plans to reach 80 more cities by 2021. Its competitor, Bird Global Inc. (BRDS), went public in November in a SPAC transaction, and with electric car stocks skyrocketing in recent years. It only makes logical that investors would desire a chance to engage in the electrification trend in more modest means of transportation.

The pandemic temporarily dropped Lime’s worth by roughly 80%, to $510 million in May 2020, but its valuation when it goes public will undoubtedly be multiples of that panic-driven estimate. Uber has an option to purchase Lime for an unknown sum between 2022 and 2024. Potential IPO valuation in 2022: $1 billion to $4 billion.

Stripe, the Irish-American fintech startup that has caught the attention of private investors, is last but not least on the list of most anticipated forthcoming IPOs to look for in 2022. Despite recent claims that Stripe was in talks with investors about a 2022 IPO, its public debut seems a bit speculative at the moment. In November, co-founder John Collison told CNBC that the business was perfectly content to remain private.

Stripe would be one of the year’s most anticipated and sought-after IPOs. Its $95 billion value in April 2021 would make it the most valuable venture-backed private firm in the United States. SpaceX has since eclipsed Stripe in that regard, however, Stripe’s next financing round is virtually guaranteed to be larger than its last one. Potential IPO valuation in 2022: more than $100 billion.