As a part of the tech in Techstory, we bring you the latest in the technology from around the world under “TECH THIS WEEK!” every Sunday! This week we saw Google launching Pixel and a whole bunch of other tech products in its events and we also saw Google dropping one of its previous acquisitions panoramio. We also saw Facebook launching its own market place and Mitsubishi developing its first automated deep sensing algorithm. In case, if you’ve missed any of those, along with latest rumours on Microsoft’s event on 28th, don’t worry just keep reading ! 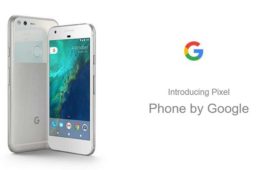 Google just launched its new phone Pixel and it is going all guns blazing with Pixel, it is the first phone in the world with the Google Assistant built in. Your Google Assistant will even recognize what’s on your Pixel screen, so you can get help in context.

Looks like Google might turn the tables when it comes to phones with this one as , Pixel can get you up to 7 hours of power with just 15 minutes of charging. That is some serious speed! Pixel is available for pre-order today in the U.S., Australia, Canada, Germany and the U.K. India has to wait for a while, the phone will soon be launched.

We want to make VR simple, friendly and accessible. And hence, Daydream! It ties together a bunch of things you need for mobile VR — software, hardware, and apps. Pixel is the first Daydream-ready phone, with sensors and displays all tuned for amazing VR. Daydream View will be available in November for $79 — both the headset and controller, together. It comes in three colors- White, Grey and Red (No, It doesn’t come in Black!)

As the rumors suggested, Google did launched it’s WiFi! Google Wifi is an expandable system that gives you great internet throughout your whole home. And it looks stylish! Google Home is designed to fit your home, with hands-free help from the Google Assistant. Home is available for pre-order in the U.S. for $129, and will be in stores Nov 4.

You Can Buy-Sell on Facebook’s Very Own ‘Marketplace’

Facebook is where people connect, and in recent years more people have been using Facebook to connect in another way: buying and selling with each other. This activity started in Facebook Groups and has grown substantially.

More than 450 million people visit buy and sell groups each month — from families in a local neighborhood to collectors around the world.

Marketplace is a convenient destination to discover, buy and sell items with people in your community. Marketplace makes it easy to find new things you’ll love, and find a new home for the things you’re ready part with. We’ll continue to build new options and features to make this the best experience for people. On May 14, 2007, Facebook first launched Marketplace, which let users post free classified ads.

Marketplace opens with photos of items that people near you have listed for sale. To find something specific, search at the top and filter your results by location, category or price. You can also browse what’s available in a variety of categories such as Household, Electronics and Apparel. Use the built-in location tool to adjust the region you’re looking in, or switch to a different city altogether.

When you find something interesting, tap on the image to see more details from the seller, including a product description, the name and profile photo of the seller, and their general location. You can also save the item to find it later.

Microsoft Surface PC to be Unveiled on Oct 26? 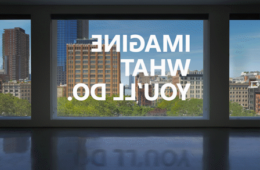 Rumors, leaks play vital role before launches, same way, there are plenty about Microsoft Surface as well for the event on Oct 26th.

Surface-branded keyboards and a mouse have started leaking ahead of Microsoft’s event, and the company is widely expected to be unveiling at least one new all-in-one desktop PC. Sources familiar with Microsoft’s plans tell The Verge that the company isn’t planning to refresh its Surface Pro 4 or Surface Book devices at the event, and will showcase laptops and devices from OEMs instead.

Rumors of a Surface-branded all-in-one computer continue to swirl around. It suggests New Desktop’s an iMac-like all-in-one PC, and patents from August suggest Microsoft is at least considering a modular element, building on the features of the Surface Book. That filing shows a computer that has stackable components, for adding things like RAM, storage, sensors, or even a more powerful graphics card. It would also be able to lay flat for stylus usage.

Mitsubishi Electric Corporation announced today that it has developed what it believes is the world’s first Automated Design Deep Learning Algorithm to automatically design deep-learning structures for the fast, low-cost development of artificial intelligence (AI) systems, without the input of specialized professionals, which can be adapted to diverse user environments and devices.

The algorithm adapts to the specific purposes of each system and designs deep learning automatically without expert knowledge by using learning data and high-level inferences to each instrument’s environment based on learning data. It is expected to support the effective structuring of networks and reduce the trial and error of design.

The algorithm will shorten development time and reduce costs compared to current methods in which professionals manually design AI. Development is expected to require from just a few minutes to a few hours, whereas development by professionals can take from a few days to a few of weeks. It eliminates the need for specialized knowledge or experts, thereby lowering the cost of development.

Google Shutting Down Panoramio from Nov 4 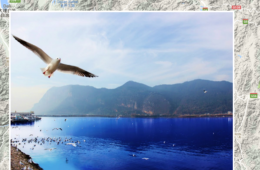 Panoramio is shutting down all its services from 4th November 2016 as per the official statement. There’s huge disappointment among the people as they feel Google has been negligent. Google acquired Panoramio, the location-centric photo sharing service in 2007.

If you have linked your Panoramio profile with a Google account, all your photos will be copied to the Google Album Archive at full resolution after Panoramio goes away. These copied photos will not use any of your Google storage quota. Your photos that appear in Google Maps will continue to appear in Maps, unless you delete them later from the Maps Contributions panel. But You must link your profile with a Google+ account for your photos to be automatically copied.