Terrorism has been the biggest problem that the world is facing. This is not a new problem but has been in existence for decades. The problem has always increased with time. But now, the problem has increased due to new and better technology. There is a new turn that the islamic terrorism is taking with time. The news has popped that there is a card that is floating in the internet praising the Taliban position in Afghanistan. This is the first NFT that has been distributed by a terrorist supporter. This news shows us how new technology could be a big bane if not used properly. 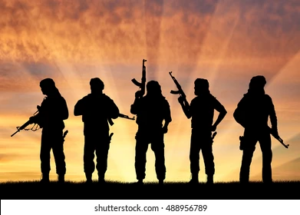 The above information was given by a former senior US official. The officials also mention that this could be a way through which terrorists are fufilling their financial needs, after the west have sidelined them for giving financial support. The NFT has an islamic state emblem in which it clearly supports the Islamic terrorist activities in Afghanistan. According to the US officials, this NFT was created as an experiment to see the outreach of it in the public. The officials have also made their concern over the ways through which the terrorists have started using the technology in order to fund their strategies.

The terrorist organization have chosen the technological method to support their funds because the western authorities have now stopped giving any financial aid to the orgainzations such as ISIS. ISIS have also lost their terrain that they claimed in 2017 making them weaker with money. This expansive terrain was their only primary source of earning. The officials also said that within seconds , the message was over the internet and it was almost impossible to put it off the public eye.

The terrorist activities in Afghanistan have risen because of the US taking back its army. As soon as the US Army left Afghanistan, the Taliban had occupied the state and had taken full control over it. The Talibani’s also made their government has the head of the state and is ruling over it. Since the, the terrorists are trying to expand their funds through such activties and now they have tageted the technology as well.