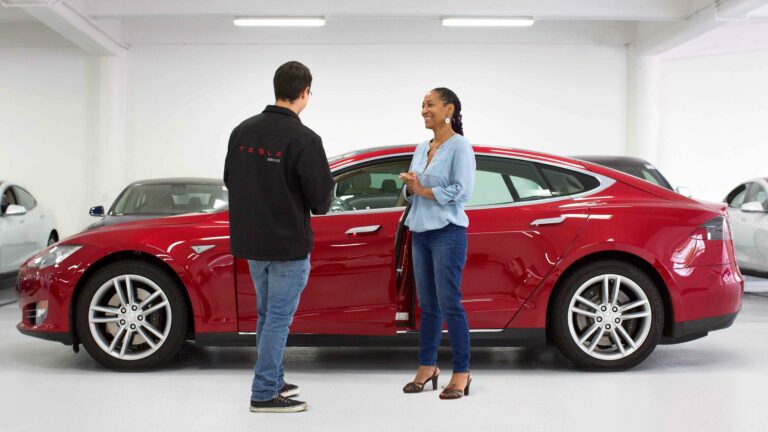 Tesla aims to have improved services and increase same-day repairs

Tesla has been growing at a fast pace in recent years. Car deliveries grew from 184,877 units in the 2021 first quarter to 310,048 vehicles in the 2021 fourth quarter, around 68% growth. Now the automaker is focused on improving its services and having a majority of appointments for same-day repairs.

In North America, the automaker has been working on its services. In recent times Tesla’s sales have been growing at a faster pace. The infrastructure growth from superchargers to its services is not on par with the sales. It is crucial for the automaker to keep up with more of its vehicles on road, which will increase the demand for services in the coming years. Tesla Supercharger network grew by 37% last year from Q1 to Q4. It is almost half of its growth in sales. And there is a 20% increase in service locations, while the mobile service fleet increased by 35%. Despite having notable growth, there is a need for further improvement in its other services.

It is well known that the pressure is on the service capacity. It reduced accessibility, and can not fully accommodate the owners that are located in far away places. There could be delays in appointments and it could also be in weeks in certain locations.

Being the top EV player

So far Tesla continues to be a top EV player in the industry. However, times are changing, and the need to keep up with the demand as well. When asked about the situation, CEO Elon Musk often gives his line about “no service is the best service” and says that Tesla is improving reliability in order to need service less often, which would in turn free up capacity for when needed. However, Tesla still ends up needing to readjust its service capacity every few years. In 2019, Musk admitted a “foolish oversight” of Tesla’s service coverage and made several statements about expanding service.

Goal is 2/3 of cars receive same-day service, no wait.

Tesla opened a record number of service stations the next year. He said that the goal is for two-thirds of cars to have access to same-day service – though it’s not clear if he means being able to get a same-day appointment or same-day repair. Either way, it would be an improvement in most cases. Tesla currently operates over 673 stores and service centers and a fleet of 1,372 mobile service vehicles to service over 2 million electric vehicles – and growing fast. Also being a global automaker, the growth should be in other locations as well, especially as the Tesla Giga factory in Berlin started operations.