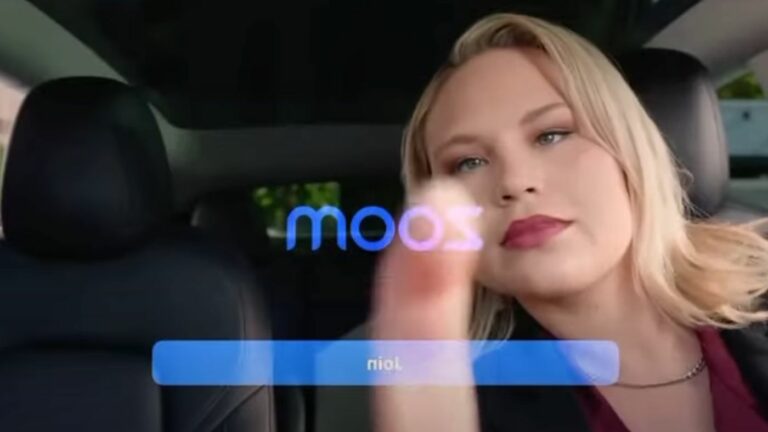 Tesla vehicle owners can expect to Zoom call on their car’s infotainment system soon. Tesla and Zoom are partnering up to allow video calls via the infotainment center. It was announced during Zoom announcer Tuesday at its annual Zoomtopia 2022 event. This video call feature can be available in front of the app that is available via Tesla’s signature giant center touchscreen.

The app will be relying on already available hardware in the car. So people would not change any hardware system to use the app.  Zoom showed an example of how it would work in a pre-recorded video which shows a Tesla owner using the app while charging.CNN stated, “The video call provider announced on Tuesday during its annual Zoom conference, where it typically teases new features to support remote calls, that its software is coming to Tesla’s built-in infotainment center. In a pre-recorded demo video shown at the event, a Tesla driver is seen taking a Zoom call while recharging her vehicle.”

Furthermore added, “The company did not respond to a request for comment about whether it will prevent drivers from using it while driving, as many automotive manufacturers mandate that a car must be parked before video functions can be used by the driver. The timing of the launch is also unknown.”

The Zoom app would likely use the in-car camera located on the rearview mirror to avoid any up-the-nose shots, the Verge reports. Zoom confirmed with our sister site Gizmodo that Tesla drivers will not be able to use the app while in motion. The sad fact is, folks already use Zoom while driving, including one famous case of a state senator driving while on Zoom the same day as his legislature introduced a distracted driving bill.

There’s no word on when the feature will be released either. It’s an ask Musk has been working on for years. CNN points out he was tweeting about the possibility back in 2020. Back then, Zoom was not jazzed by the idea specifically because of the risk of distracted driving. It seems the two companies have come to an agreement. Tesla announced its 17th recall this year and the stock is currently tanking to the tune of 46 percent thanks to CEO Elon Musk unloading just under $4 billion in shares. Musk sold an astonishing $36 billion in Tesla stock this year. In April he promised he wouldn’t sell more stock, but here we are. Investors are worried Musk’s latest acquisition of Twitter will distract the world’s richest man from focusing on his signature brand right when it faces encroachment into the EV market from legacy automakers.