Tesla Giga NY Opens 250 New Jobs To Have FSD Team Around other 250 jobs open to support other areas like Power electronics.

Tesla Giga New York increases its employee’s head count to 1,665 from its earlier count of 1,058. While the New York team is going to have the autonomous vehicle and FSD team. Also, additional hires are for expanding work in-vehicle charging network, power electronics, and solar roof.

Giga New York known as Gigafactory-2 is an 88-acre property, designed to build solar panels and solar cells. Located in Buffalo, the company has agreements with the research department of the state of New York.

Now, the Giga New York is expanding with their FSD team hires, who will be trained to the autonomous vehicle capabilities. Due to the pandemic, there was a temporary delay with hires in the factory. Where the company’s ability to hire hundreds of employees was down.

However, Tesla in Buffalo is now open for more than 500 jobs. Thus exceeding its own planned commitments. Further, the Tesla treasurer, Yaron Klein stated,

“Despite these headwinds, Tesla has been steadily ramping back up GFNY and expanding and diversifying the facility’s operations. Tesla has continued to expand the portfolio of the Power Electronics and vehicle charging equipment manufactured in Buffalo, and we recently onboarded over 250 new positions at the facility to support training Tesla’s autonomous vehicle and full self-driving capabilities.”

If you are looking for jobs in USA, you can find at Jooble

Deal with the state

Also, the deal with the state includes that the company generates new job openings. It is said that the state is investing around $950 million as part of its solar project deal.

As Tesla Giga New York is shifting towards nonsolar activities, in February they already starting looking out. Earlier it was specifically for data labelers to build the autopilot training neural nets. 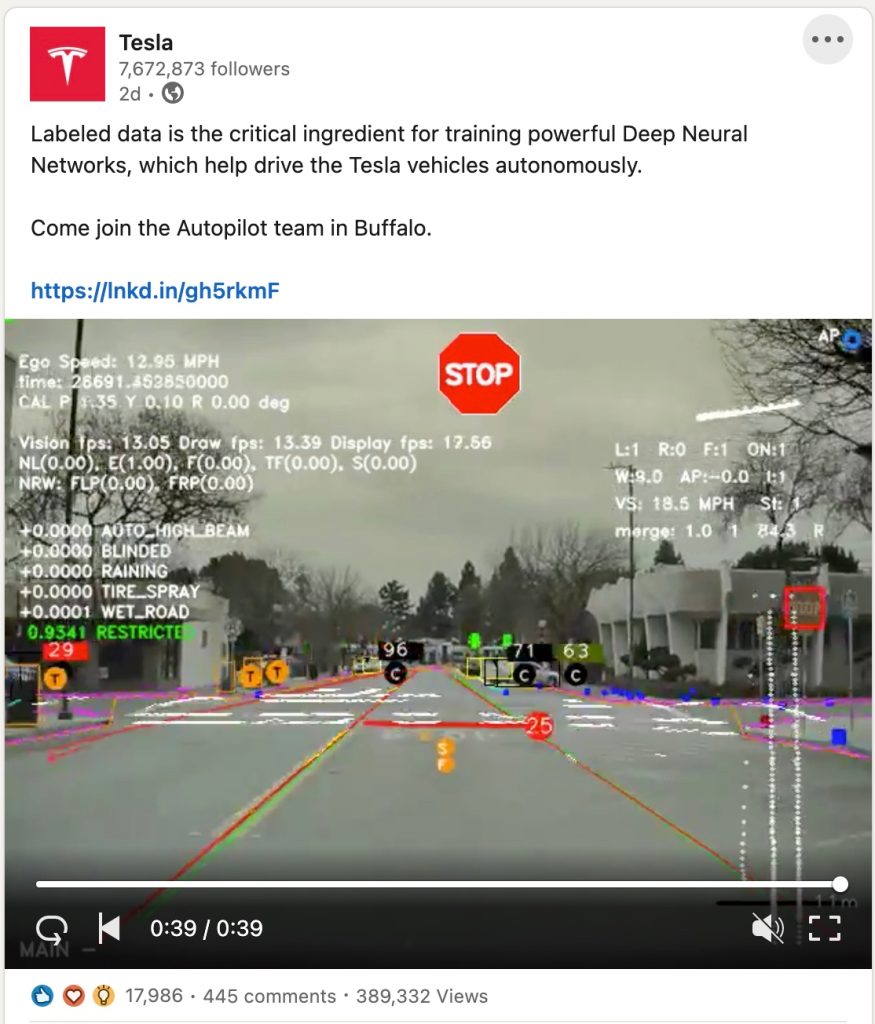 Labeling the images is what matters, so training the FSD becomes easy. While there were no talks of the FSD Team, the Giga New York is finally on the move.

Also, New York is known to have more tesla cars, than cabs. Thus making it an option for cab owners to opt for Tesla models.

However, the company still has some hurdles, where state sale law states. Where it states that the companies shouldn’t have more than five stores or service centers. And Tesla is only 30% off its goal on job roles within the company.

Their agreement with the state is as below,

“In sum, Tesla remains committed to expanding our business throughout the State of New York and further building the GFNY facility in Buffalo into a world-class advanced manufacturing center. As we have already exceeded two of our obligations under the Agreement, Tesla anticipates it will continue to recover from the pandemic-related impacts and expects it will meet and exceed all of the Agreement’s Year Two requirements by the end of 2021.”