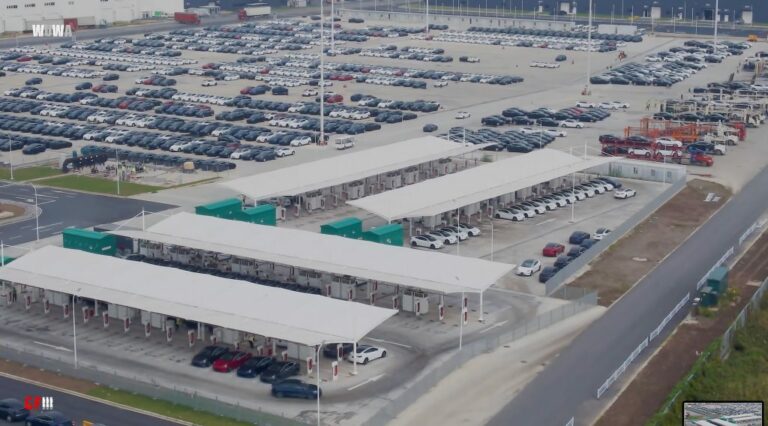 Tesla Gigafactory Shanghai is busy with activities as they started Model Y production. Having blockbuster sales in September, and the current production is keeping the factory as a hub of activity. Recently a drone was flown to the area revealing the busy activity from afar.

Drone operator Wu Wa shows the developments of the factory since 2018. As Model 3 and Model Y is being manufactured, the factory has changed and developed a lot since the initial stages. The footage taken was showing many cars located in the factory, which are to be transported from the factory.

Giga Shanghai is known to be Tesla’s primary vehicle export hub, considering their sales in Asia and Europe. In the second quarter letter this year, Tesla stated Giga Shanghai as one of their biggest assets. Additionally, the company’s potential growth in the local areas is huge. Especially as China’s EV market is rigorous compared to other countries. Tesla is competing with other cheaper vehicles in the country.

Earlier the only factory which was exporting vehicles was the Fermont factory. After the factory in China started exporting vehicles, both the factory effectively balanced the export sales. As the factory in Fermont makes both Model S and Model X, the burden on its production was huge. Elon Musk acknowledges the contribution of Giga Shanghai. In the past, there were many times Tesla has shown open preference to the Chinese market. Musk said, “I’d just like to give a special hand to the Tesla China team. So it’s the best quality, lowest cost, and also low drama. So it’s great,”

Order a Tesla Model Y in the UK now! From £54,990. Delivery early 2022. Thanks for the heads up @Official_L89 – Are these from China @elonmusk or will Berlin be operational by then? pic.twitter.com/KWaWoI9dFK