Tesla adds Hindi to its Infotainment UI, Is India launch on the horizon? Tesla has integrated Russian, Greek, Croatian, and Finnish beside Hindi

Tesla is preparing to penetrate the Indian market shortly, and this is yet another sign that the company’s electric vehicles will soon be available in the country. Tesla recently introduced Hindi as one of the languages on its Infotainment User Interface in an attempt to improve its electric cars for Customers in India. 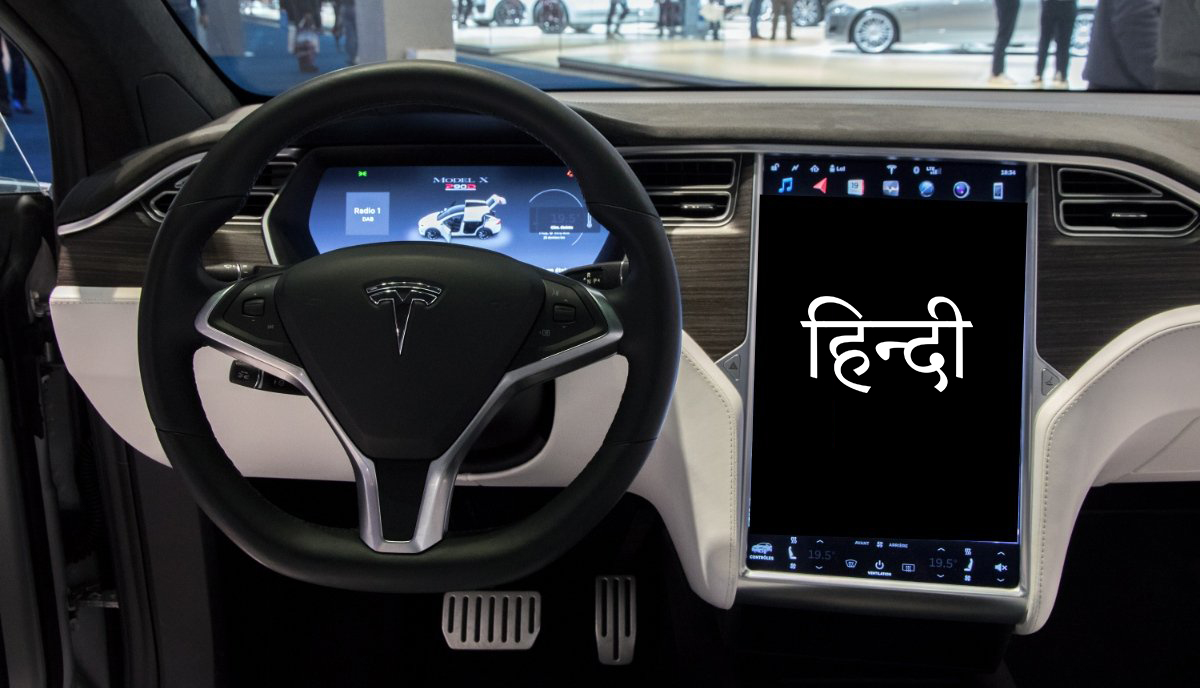 Multiple screenshots of the language update have been surfacing on social media, indicating that the introduction of a popular electric vehicle manufacturer is approaching. The command and instructions of the car are showcased in Hindi, as shown in the screenshots. This should come in handy for Tesla to engage out to potential buyers in India since Hindi is one of the most widely used languages across the country.

how do you I “Change Display UI back to English” in Hindi now?🙃 pic.twitter.com/lbQU6zZ3hx

In addition to Hindi, Tesla has integrated Russian, Greek, Croatian, and Finnish into its infotainment User Interface, indicating the Americal-based electric vehicle giant’s global marketing plan. Tesla integrated these languages as part of its most latest software update, according to the Twitter user who tweeted the screenshots of the language updates and will be applied to all of its existing car models. The aforementioned Twitter user @greentheonly, who stated that the additional languages should be included in Software Update version 2021.12.25. 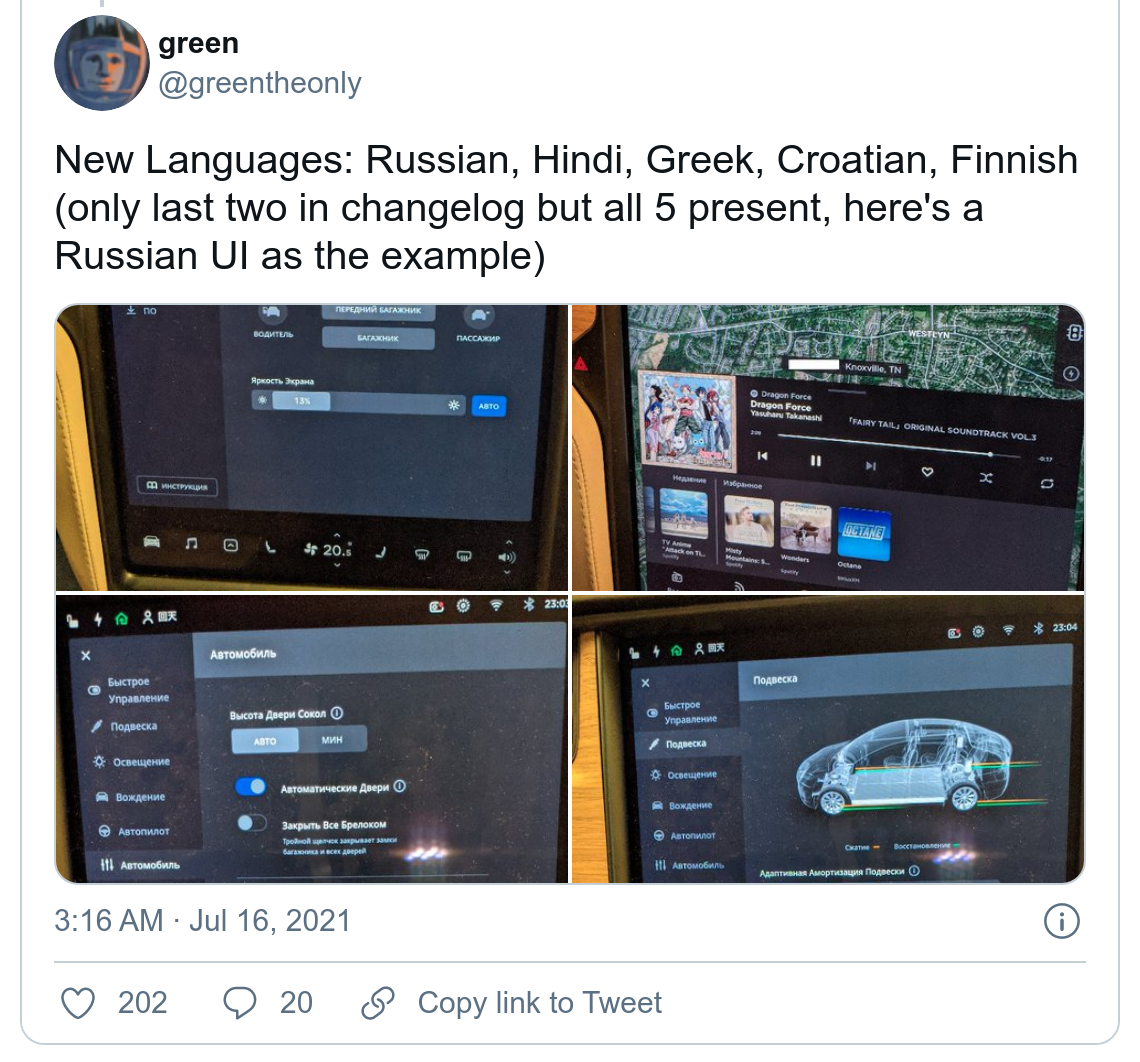 Green revealed that the manufacturer was planning to introduce other languages to the cars during his analysis of the automobile code, which he performs on a regular basis. He confirmed that Croatian and Finnish are on the changelog, however, all five are there and have provided visual evidence in the shared screenshots.

Tesla officially registered their Bengaluru office as Tesla India Motors and EnergyPvt Ltd in January of this year. The company has already begun recruiting for its India squad in preparation for the launch of its first model in the country. Elon Musk-led Tesla is likely to begin its India operations by importing cars as Completely Built-Up Unit (CBUs), with the Model 3 likely to be the one to arrive.

The car would most eventually cost more than Rs 50 lakh. Although there are no obvious competitors to this electric marvel, Mercedes-Benz and Audi are supposed to be following the same paths with their battery-powered sedans. As most of Tesla’s operations are taking place in and around Pune, Maharashtra could appear to be a possible production center for the US-based automobile manufacturer. Andhra Pradesh, Karnataka, and Gujarat are also making a push to attract Tesla to invest in their respective states.