Tesla is Bouncing Back after falling by more than 20% After a rocky road for a time, Tesla stock was up some 7.5%

Tesla (NASDAQ: TSLA) is a name that’s on many investors’ watch lists, and it’s always been a volatile stock. The electric vehicle (EV) pioneer has hit the skids in recent weeks, but this morning, shareholders are seeing a reason for the hope that the worst of the recent pullback is behind them.

Musk has been selling stock in order to pay taxes on options that he’s exercising. He took to Twitter some time ago to ask his followers if he should sell 10% of his stock, though it seems he already had a plan in place to do so. Since then, Musk has been selling weekly, and Tesla’s share price has plummeted.

During the recent interview, Musk said he has sold enough stock. He didn’t say he’s done selling, and he didn’t reveal exactly how much he’s sold. But he did make it seem as though he won’t be selling more in the near term. 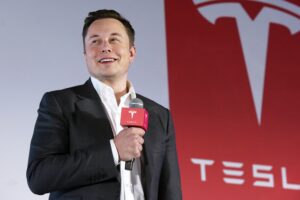 On Sunday, he said he would pay more than $11 billion in taxes this year. He has said his personal tax rate tops 50%, which would include federal and state income taxes. Musk said last year he had relocated from California to Texas where he faces no income tax.

In the interview with The Babylon Bee, Musk said:

“I sold enough stock to get to around 10% plus the option exercise stuff and I tried to be extremely literal here.”

Musk recently exercised 2 million more options, which add up to the tune of some $1.9 billion, and sold about 584,000 of the shares.

Musk, who moved the company’s headquarters from California to Texas earlier this month, in Tuesday’s interview also criticized California for “over-taxation” and “overregulation.”

Tesla stock’s gain today represents a bit of a rebound from a steep sell-off recently. Even including today’s gain, the stock has slid 25% from a high of more than $1,243 just a few months ago.

As the year wraps up, Tesla investors have the company’s fourth-quarter vehicle deliveries to look forward to. While the challenging global supply chain and logistics environment that Tesla is operating in make it difficult to forecast the quarter. Analysts are expecting record deliveries during the period. But a wide range of outcomes are possible.

Tesla delivered 241,391 vehicles in its third quarter, representing 73% year-over-year growth. For the current quarter, analysts generally expect 260,000 or more deliveries. This would put total deliveries for the year at over 887,000 — far higher than the 500,000 vehicles the company delivered in 2020.

The company usually posts its quarterly deliveries within three calendar days of each quarter’s end, or somewhere around Jan. 1 to Jan. 3 for Tesla’s Q4.