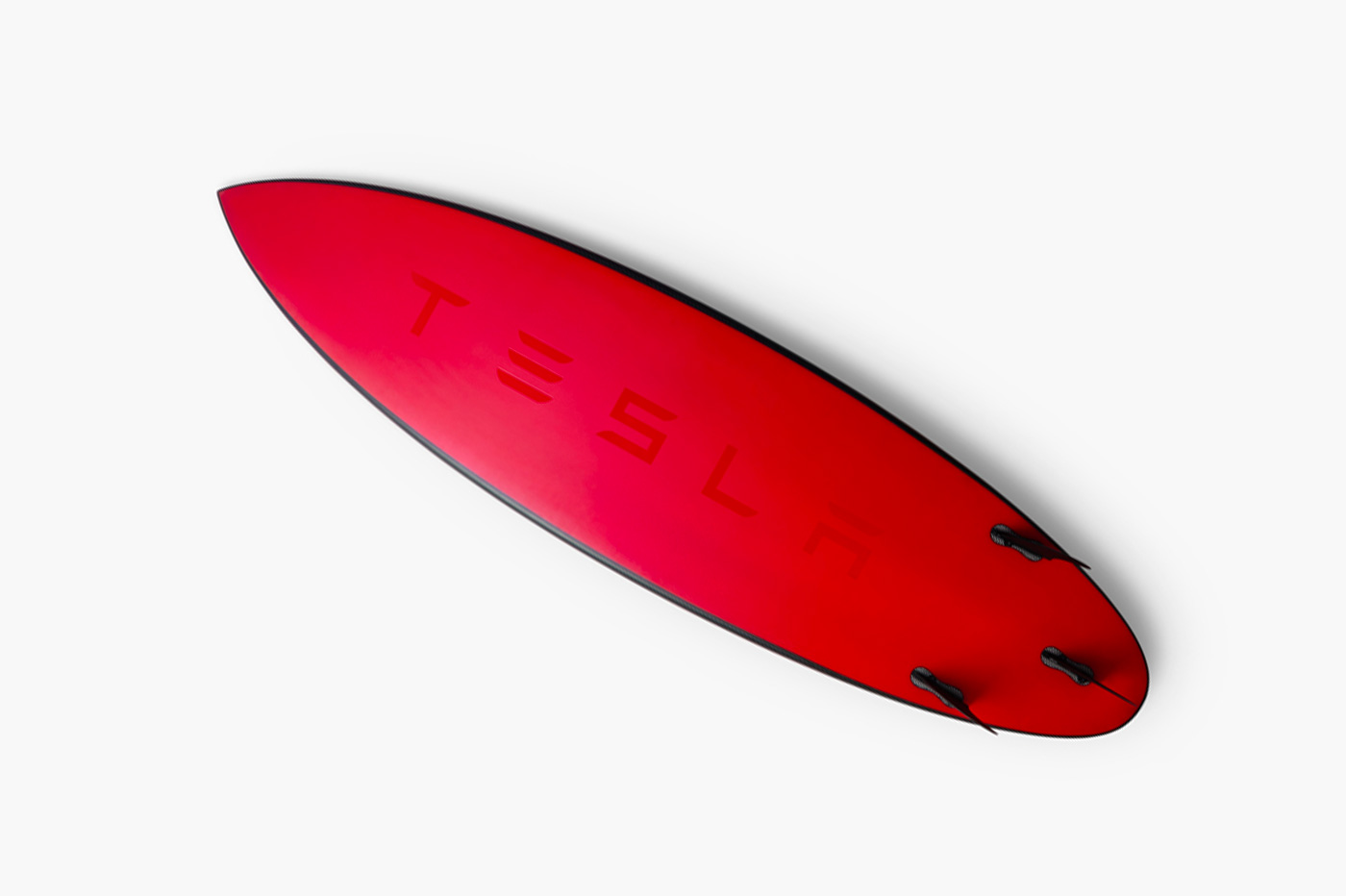 Tesla, American Electric Vehicle maker has recently launched there new fan merchandise Surfboards. Elon Musk who is not new to selling some weird merchandise from launching caps to now Surfboards.

The company recently launched there limited edition Surfboards on there. It was reported that the Surfboards was launched on the company’s website on Friday night. The Surfboards were costing $1500 and only 200 of them were made and they were instantly sold out.

The boards were made with the help of Lost Surfboards and were inspired by Tesla’ range of electric cars. But the boards aren’t something that is fancy, they are simple surfboards. Telsa describes the boards as follows:

“Designed by the Tesla Design Studio in collaboration with Lost Surfboards and Matt ‘Mayhem’ Biolos, surfboard shaper for World Surf League Championship athletes. The Limited Edition  Surfboard features a mix of the same high-quality matte and gloss finishes used on all our cars. The deck is reinforced with light-weight ‘Black Dart’ carbon fiber, inspired by the interiors in our cars, and featuring tonal logos in subtle contrast gloss.”

Surfboards aren’t something new field for Tesla, Tesla’s makes Electric Vehicles but the company sells a wide range of clothing for men, women, and children starting from about $25 to $120 for a jacket.

The Surfboards have already been sold out and expected to be shipped in 2 to 10 weeks. If you really want to buy the Surfboards they are already selling for $4000 on eBay.