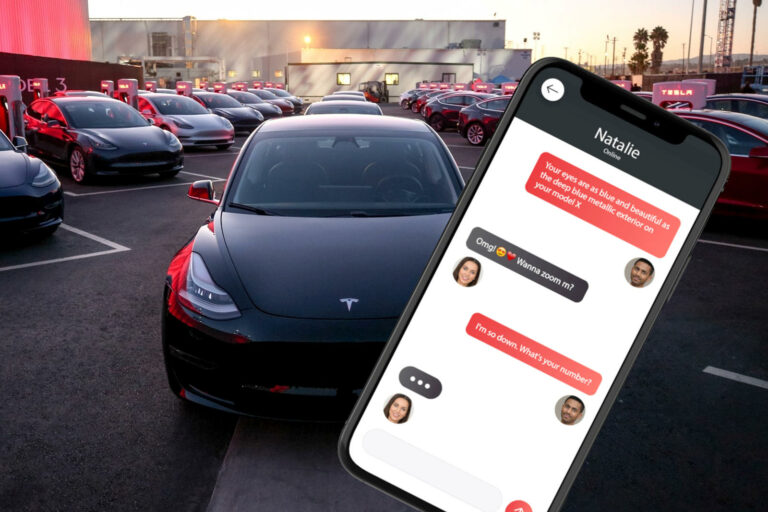 Last year in August, an app specifically for Tesla owners came out. Tesla owners can sign into the app “Tesla Dating” created by Ajitpal Grewal. The app needs to confirm that registered users are Tesla owners.

The study conducted by Money.co.uk was based on having Tesla in the picture to the number of swipes. Thus making the Tesla Model 3 and Model S the best wingmen while dating. While the number of users in dating apps increased during the pandemic last year, the swipes have reduced. It is harder to be in the dating game, but having the mid-sized Sedan helps.

Usually, men get swiped right at 7% and women at 56% for every 5,000 swipes. The study included changing vehicle brands. It turns out; Tesla cars are a big hit in the dating apps. Furthermore, the study was conducted from April to June 2021.

Males particularly got swiped right, with many getting a 110% increase in right swipes. The car brands seem to matter a lot than expected. The study was conducted on Range Rover Evoque, Porsche Cayman, and Aston Martin DB9. Tesla is not just about having the latest model but supporting sustainable products.

Sadly, pictures with Subaru have lower swipe rates than usual. The study showed that males featuring Subaru have 31% lower right swipes. And females received a 4% decrease.

Not just the app, but the Tesla community over social media is getting stronger. Especially as Tesla is expanding globally, people from various countries are slowly getting connected. Especially as there is often confusing news is released through media outlets. So you can often notice customers or Tesla enthusiast connecting with each while talking about how cool Tesla products are.