Rich Rebuilds is a Youtube channel by car enthusiast Rich Benoit. With extensive experience in repairing Tesla vehicles, Benoit revealed behind the hood view of Tesla Model S Plaid. Being the fastest production car, the inner workings revealed to show some interesting details. 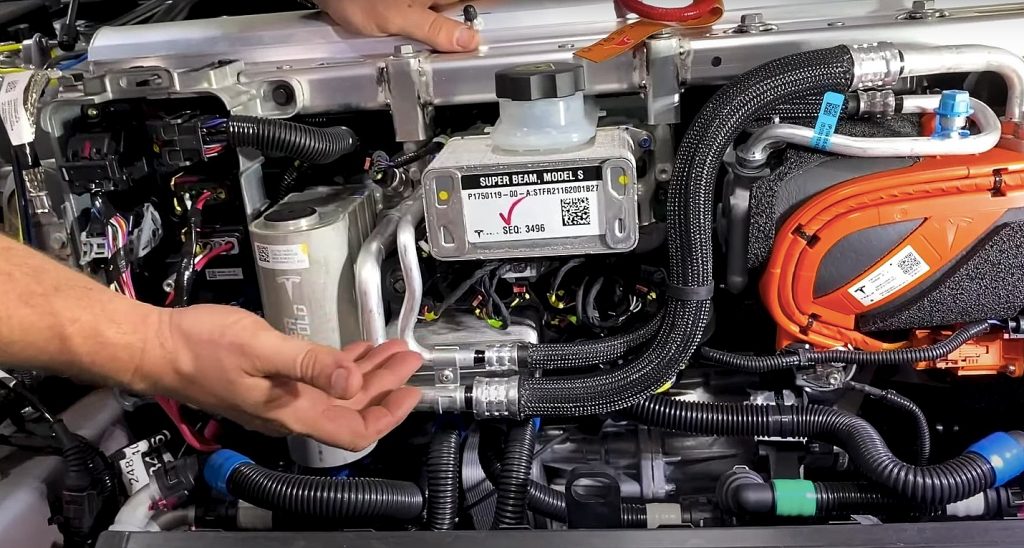 The rear underbody is dominated by its twin electric motors. High voltage wires placed in the rear end can be seen easily. And the front frunk inside has been completely redone. Every from the cooling module to its sleek air tank, then to the small 12V lithium-ion battery. Two parts that seem to be there only for the Model S Plaid are SuperManifold and SuperBeam.

Clearly, the inner workings are robust and specially designed for the fastest production car. These workings also include some commonly seen Tesla car elements like the steering rack. Battery bolts can be seen all the way to the control arm, making sure that the battery range is extended as much as it can.

Though the inner workings are as impressive as the car efficiency, there seem to be some minor drawbacks. We can see that the finishing of the bottom of the car is not finished properly, it is unclear if the car is factory-made or if the team experimented with something. 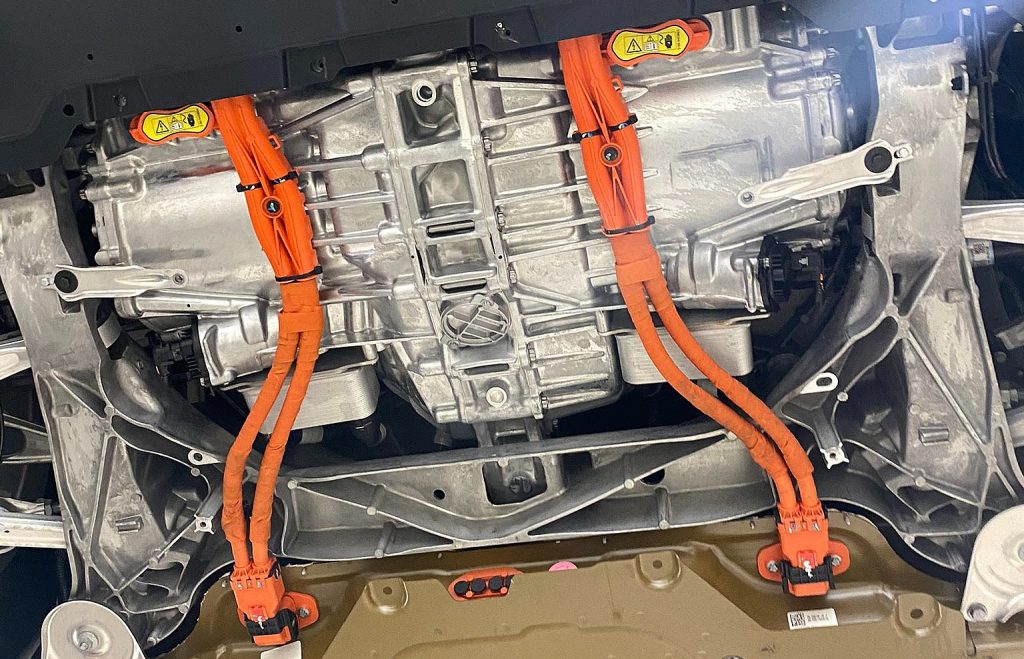 In reference to the Super Manifold and SuperBeam, the vehicles can be further analyzed by other Tesla enthusiasts. For now, the video includes a couple of problems like the battery nozzle. Other issues include, if the high voltage cable is damaged because of a rough drive, the car is disabled. However, to compensate for this what Tesla did was use a plastic belly pin than a fabric one. Such reinforcement bracing with hard material ensures parts are intact. Additionally, there are metal reinforcements to the hard plastic at places, so the parts don’t just rip through the plastic and go beyond.

There is a possibility that the car could have an oil stain. Maybe the other cars were manufactured better, but this point reminds us of the Plaid fire accident. After almost a month Tesla started delivering its flagship model, a fire incident happened. It was known that the driver didn’t do anything hazardous, but the Plaid model caught fire and burned for miles.

A question with battery vehicles would be what is an “oil stain” doing in a “battery vehicle”. As said by the commenter on Youtube, the oil stain smelled/tasted like vegetable oil. It is possible that they use “white oil” or a better alternative.