Tesla Model S Plaid known to be the fastest production car gave its silent killer features in the drag race with Dodge Demon. Being in a race with a car specially made with a parachute and a roll cage, Model S Plaid won the race without being allowed to flag out. Posted by Tesla Plaid Channel, the performance of the Tesla flagship model is incredible as it wins the race by 0.11 seconds. 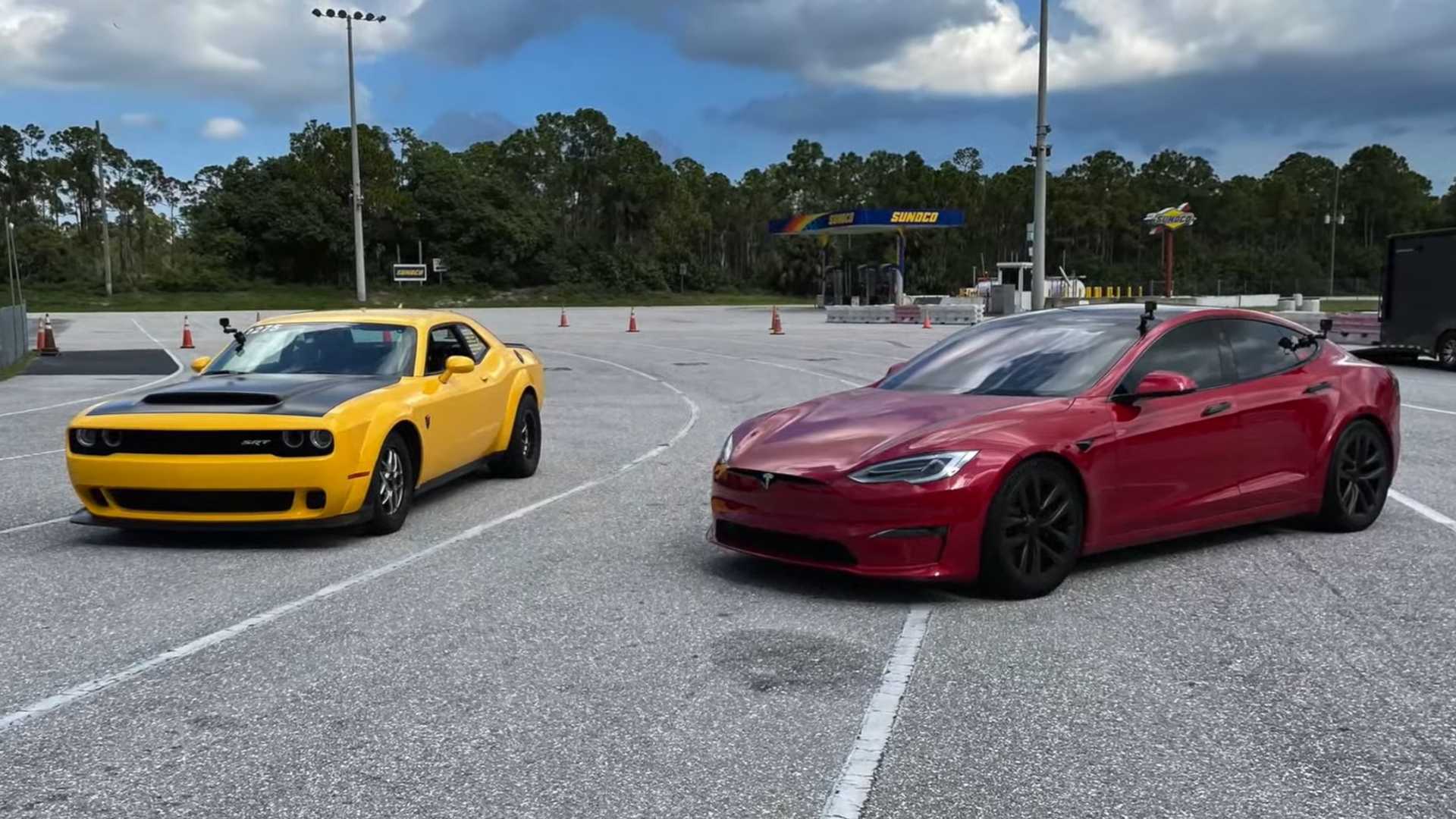 Initially, the race was favoring Dodge Demon, but after the first quarter-mile, Tesla car-dominated. Dodge Demon is a muscle cope with 840 horsepower and equipped with drag racing equipment. Even before the Model S Plaid was released, back in 2017 there were talks about Model S being a threat to Dodge shifting to battery-powered vehicles.

With this race, it turned out to be true. As said by the commenter, “you know you are wrecked when you can see the other guy’s time when you are still accelerating.” The four-door sedan is heavier than the drag race car and has sticky tires. Tesla vehicle won by 0.11 seconds which probably came as a surprise to both drivers. Because the Model S driver had to lay off on the accelerator a bit to avoid going too fast. Yet the production car won the race. Demon’s reputation for being seamless fast is incredible. Their earlier fuel-powered vehicles were well known to be a beast on drag races. Model S, a much cheaper and inclined towards regular car beats the drag race car.

Dodge plans to electrify its fleet

Despite the defeat, it is expected that the electric lineup to be launched in 2024 will be able to beat Model S Plaid. No company especially a drag race car builder, would sit back and stop with one model after such defeat. If not soon, eventually more models are expected to come. While many point out the shift at Dodge is related to Model S Plaid, there are other models coming up from companies.

Like the Rimac Nevera which was actually claimed to be faster than Model S Plaid, by taking away the title “Fastest production car”. The details about Rimac are yet to be confirmed officially, but the competition is getting tougher. Dodge Demon will have to shift to battery power soon enough to keep its place at the top.

On the other hand, watching Model S Plaid defeat all the fuel-powered cars and battery-powered cars is an overwhelming view in the automobile industry.