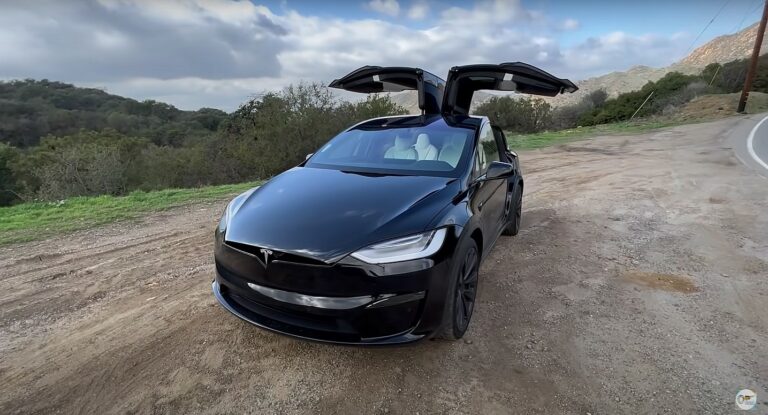 As Tesla Model X Plaid deliveries have started, people are testing the vehicle in real-world tracks. The vehicle shows incredible performance and the much faster than the website specifications. The vehicle was tested by YouTube’s Vehicle Virgins channel and it showed that the Model X Plaid was able to go from 0-60 mph in just 2.5 seconds.

If a recent real-world test is any indication, however, it appears that Tesla actually understated some of the Model X Plaid’s capabilities. The vehicle runs on 1,020 horsepower capacity and three electric motors. The six-seater all-electric SUV impressed the reviewer as the vehicle did seem slower than Model S Plaid. However, Model X has its own responsive outlook.

The Youtuber set up a VBOX to test the speed of the vehicle. That is when things got interesting as many are curious about the vehicle’s speed in a real-life scenario. First, the driver set up the vehicle in drag strip mode and then waited for the vehicle to get ready. Then as the vehicle was going at a speed at with the vehicle reached 0-60mph was not at 2.5 seconds as stated on the website. Instead, it was 2.3 seconds, a minor but significant difference. Usually, real-life world tests show the vehicle to be much slower than indicated. However, the vehicle seems to be doing much better out on the track. These tests indicated on the website are not randomly done and they are approved by professionals.

The Model X Plaid performance is quite notable. Considering all the supercars out there which are specifically made for speed and the Plaid vehicle which are made for production. The speed is unbelievable, comparable to the Dodge Challenger SRT Demon, which was also listed with a 0-60 mph time of 2.3 seconds. Also, the numbers are pretty close to Model S Raven, which was Tesla’s quickest vehicle before Model S Plaid. Tests by Car and Driver showed that Model S Plaid with 0-60mph in 2.1 seconds.

While the speed difference in Model X and Model S Plaid is notable, it should also be considered how Model X is a cheaper version. Mode X Plaid is $126,490 with falcon wing doors and Model S Plaid price is $129,990. This makes the Model X Plaid a very good deal, especially considering that it’s a large, spacious SUV that can carry the entire family while out-accelerating supercars in the stoplight. Also, the doors give the model unique fancy looks that many super car owners would want.