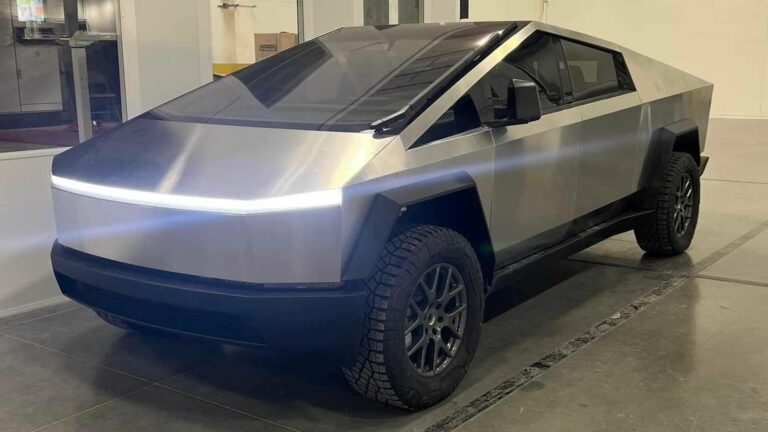 Tesla obtains patent for its Cybertruck windshield patent where the design allows the automaker to make its “Armor Glass”. The EV maker is trying to break the traditional design that has been existing for electric pickup trucks. The idea of an armor glass has been existing for some months. Now it appears that the idea is coming to reality.

It was first made infamous by the failed demonstration on stage during the unveiling of the electric pickup truck. For years, Tesla has been heavily investing in material science, which includes glass. We previously reported on the Tesla Glass division working on developing new types of glass for its products. For the Cybertruck, the company describes the Tesla Armor Glass, “Ultra-strong glass and polymer-layered composite can absorb and redirect impact force for improved performance and damage tolerance.”

But what’s interesting about the glass on the Cybertruck is that it follows the vehicle’s sharp feature lines. Tesla has obtained a new patent to manufacture glass that can be manipulated to create novel shapes that traditionally can’t be achieved in normal automotive glass manufacturing. In the patent application, Tesla describes issues with current methods, “Generally, such processes for making glass structures are limited by the amount of curvature or bending achievable with the glass. For example, typically only smooth, high radius of curvatures (e.g., radius of curvature of 1-3 meters or more), are used for automotive glass structures.”

Making of the glass