The flood-affected areas in Germany, Belgium, and the Netherlands can access the Tesla Supercharger for free. In recent times, Germany and Belgium declared the death of 120 people and 1,300 people missing. 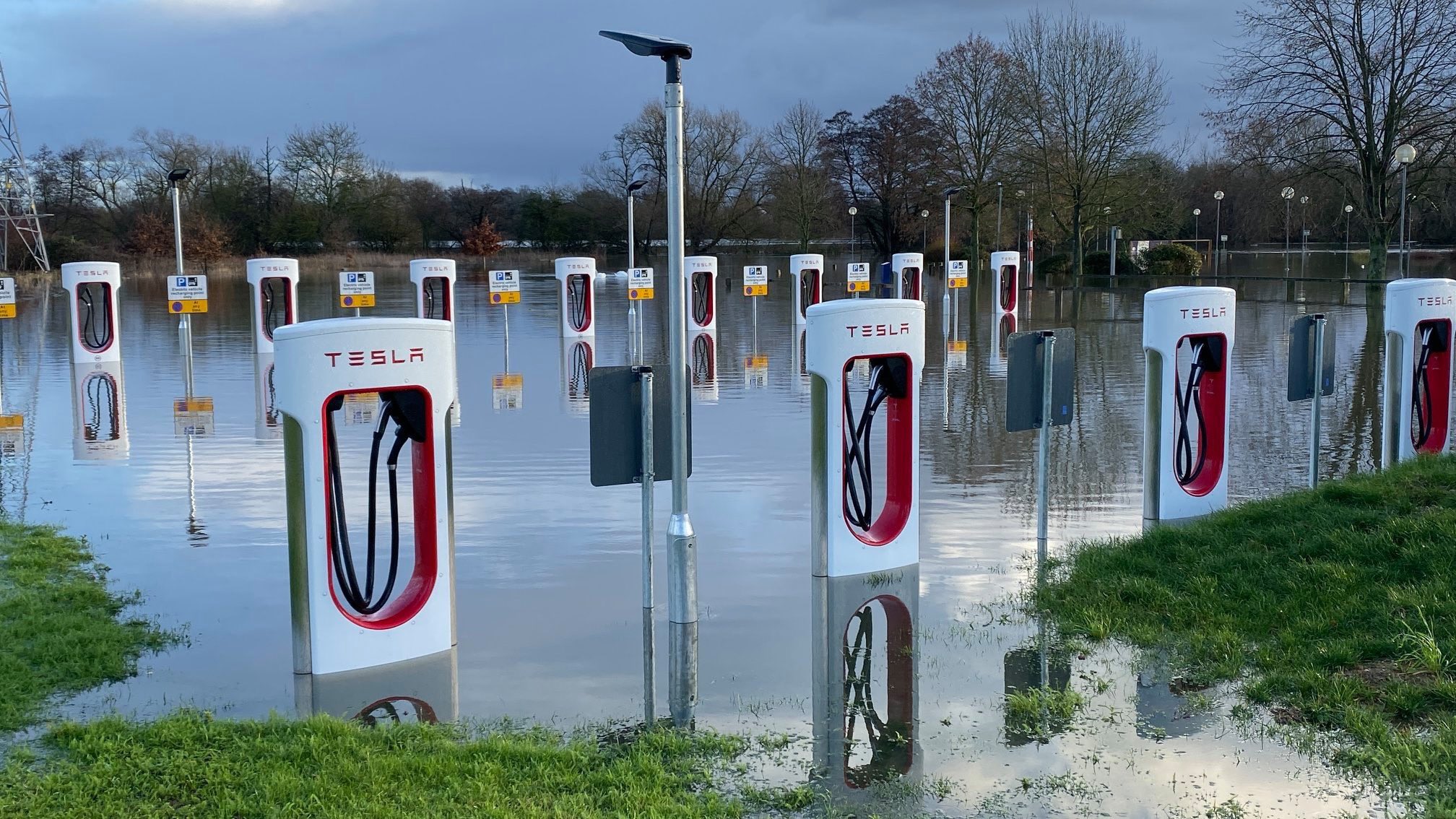 Many people are swept along with the floods in other countries too, however, the three most affected countries are Germany, Belgium, and the Netherlands. Tesla came in so that the missing people could access the charge and reach home safely.

The catastrophic situation continues to increase in Europe due to climate change. Additionally, the other countries to be affected by the floods are France, Luxembourg, and Switzerland. In the Netherlands, most flooding occurred in Holland. Where hundreds of people had to relocate to a safer space. Also, there has been a power outage in many areas for days now. With the sewage system blocked and no proper electricity and clean water, these countries are currently struggling.

Furthermore, in Belgium six provinces were badly affected by the floods. Infrastructure like buildings and roads were completely destroyed. It will be years before they can all be built again. Only a year after the countries are hit with Pandemic, they are hit with the century’s one of the worst catastrophes.

Often Tesla comes into the picture in every possible way. Starting from 18th July, citizens of Germany, the Netherlands, and Belgium can now use Superchargers for free. Safety is of high importance and ensures everyone is able to assist each other. As Tesla’s Superchargers are directly connected to the solar panels, the charging stations are least affected by the floods. Unlike the power outages in many areas and fuel-powered cars not having diesel or gas, Superchargers are much reliable. Though not everyone has Tesla cars or electric vehicles, it is something better.

Tesla stated, “Charge for free in impacted parts of the Netherlands, Belgium, and Germany. Beginning Sunday, we are temporarily enabling free Supercharging for sites in areas impacted by the recent floods in the Netherlands, Belgium, and Germany. We hope that this helps give you the peace of mind to get to a safe location. As always, tap any site on your car’s touchscreen to see current pricing. Safe travels.”

This is not the first time Tesla provided free charging in case of a crisis. In the US, Australia, and China Tesla came to the rescue in many ways. Currently, the floods in Europe are expected to last for some time. Even after the crisis, it will take time to know updates of missing persons and ensure the safety of everyone.