Tesla’s stock is once again on the rise. The stock gained 5.3 percent on Wednesday and is up 6.3 percent till 01:00 pm on Thursday.

The stock rose even higher on Thursday after Musk tweeted the night before that Tesla shareholders may be given preferential treatment in purchasing shares in SpaceX-owned Starlink if the company decides to sell it off in a few years.

Even while Tesla’s stock is still losing money this year, it has quickly recovered much of its 2021 losses with a more than 12.9% gain in the last five days. 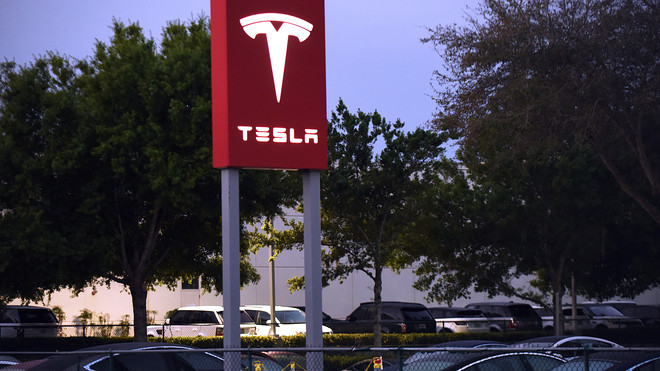 Why is Tesla soaring?

While tech stocks have soared, Tesla’s stock has underperformed. The Nasdaq was up for the month as of Wednesday, but Tesla stock, like the Dow Jones Industrial Average, was down. Tesla stock is already up for the month, and its performance is in line with that of the technology-heavy index—adjusted for Tesla’s normal trading patterns.

Inclusion in S&P 500 Index and other reasons

Tesla’s stock has been on a rollercoaster over the previous year, reaching record highs during the epidemic and then falling after the global economy began to recover from the crisis.

It is essential to emphasise that despite the worldwide decline and present correction, the enormous gains were sufficient to sustain a strong ROI.

Tesla’s stock has grown as a result of a number of reasons, including its inclusion in the S&P 500 index and rising retail investor interest in the stock. However, the company’s increased production and introduction of the Model Y small SUV solidified its position as the ultimate EV leader.

Despite NIO’s Asian transactions, Tesla was able to benefit from the lucrative Chinese EV market during its recovery by resuming production at its Shanghai plant in late 2019. However, there were some concerns, since the firm sold 25,846 electric vehicles in China in April, compared to 35,478 in March, a 27.1 percent decrease in sales.

Despite this, Tesla’s Cybertruck model was a huge hit, with pre-orders reaching 1.08 million units just a month later. This is more than the 866,750 total vehicles supplied by Tesla over the course of two years, from 2019 to 2020.

With such high pre-order numbers, and in order to maintain the company’s stellar stock performance, it’s vital that the company’s deliveries stay on schedule.

Despite several on-the-road accidents that have tarnished the company’s image, Tesla has worked to improve the algorithm and battery safety features in its vehicles, resulting in a favourable influence on its stock.

Investors have set their sights on Tesla, wagering in its advantage as consumer adoption of electric vehicles rises as a result of tax incentives and stricter climate change regulations. More stock success is just around the corner if Elon Musk’s venture continues on the correct path.