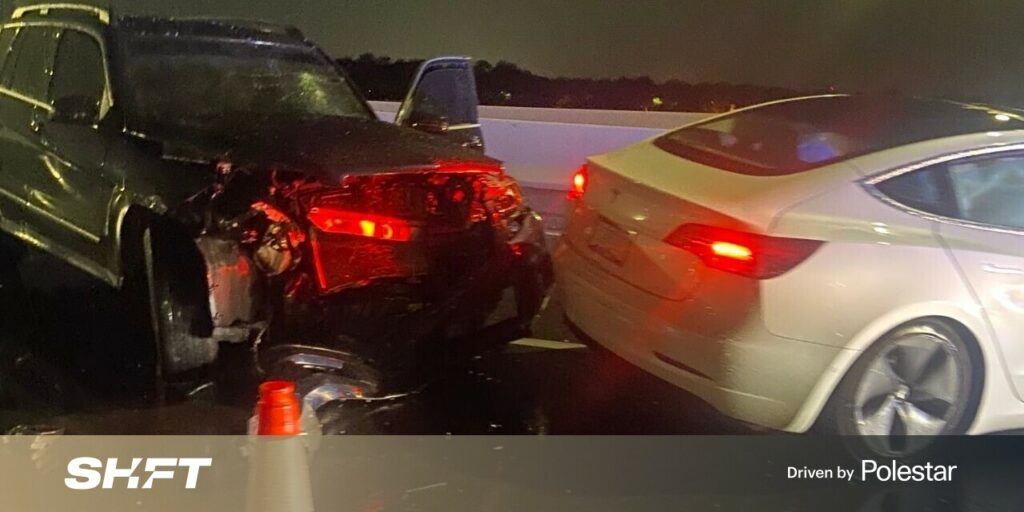 Tesla’s Autopilot system has been engaged in yet another accident, despite the fact that, according to its name, it does not allow the car to drive itself. A 2019 Tesla Model 3 with Autopilot turned on collided with two parked cars on the side of a highway near Orlando, Florida.

According to the Associated Press, a 27-year-old Model 3 driver collided with a parked Florida Highway Patrol cruiser on Saturday morning. When the Model 3 collided with the cruiser, the officer had stopped to assist another driver who was having vehicle problems.

It just missed the highway patrol officer who had just stepped out of his vehicle. After that, the Model 3 collided with the other parked vehicle.

Fortunately, no one was killed as a result of the collision. The Model 3 driver, who is 27 years old, and the driver of the second car that received aid both suffered minor injuries. According to the Associated Press, the highway patrol officer was unharmed.

The cause of the crash is still being investigated. According to CNBC, it is still unclear whether Tesla’s Autopilot caused or contributed to the collision.

It will focus on 11 events from 2018 in which Tesla cars equipped with Autopilot or cruise control collided with parked emergency vehicles. There were 17 injuries and one death as a result of the accidents.

The NHTSA’s inquiry will focus on Tesla vehicles produced between 2014 and 2021, including the Model Y, Model X, Model S, and Model 3, totaling about 756,000 vehicles.

Despite the fact that the agency is only looking into crashes involving emergency vehicles, Tesla’s Autopilot system has been involved in a number of incidents where drivers haven’t given the car their complete attention.

Some drivers have been caught driving while inebriated or sleeping behind the wheel. Others have died as a result of glancing at their phones.

Tesla may attract the attention of another agency in the future, in addition to the NHTSA. Sens. Richard Blumenthal and Ed Markey, both Democrats, asked FTC Chairwoman Lina Khan to investigate into the company’s “possibly deceptive and unfair” marketing and advertising practises for its driving automation systems shortly after the NHTSA announced its probe.

The senators correctly point out in their letter that Tesla’s Autopilot and Full Self-Driving technologies are only partially automated, and that there are no self-driving automobiles on the market at this moment.

“Understanding these limitations is essential, for when drivers’ expectations exceed their vehicle’s capabilities, serious and fatal accidents can and do result,” Blumenthal and Markey wrote