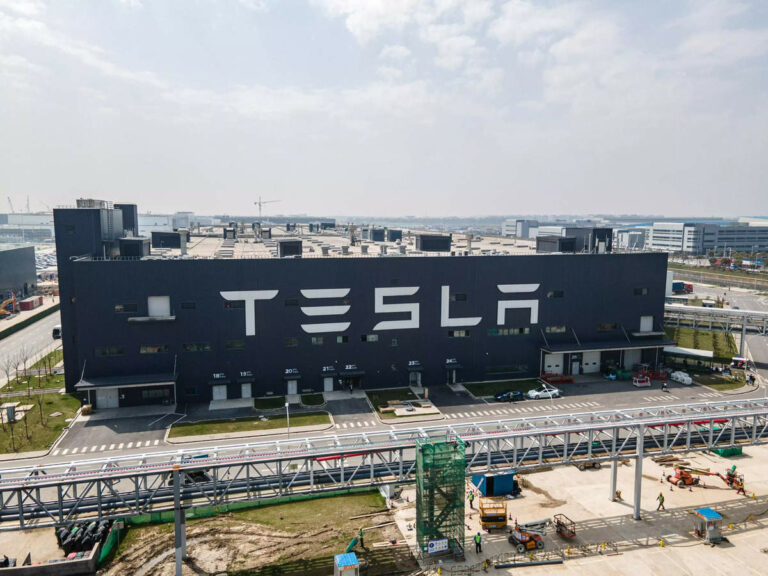 Tesla’s Shanghai Factory to force employees to sleep at work The company appears desperate to make up for lost time after restarting work.

Workers at Tesla’s factory at Shanghai, China are reportedly facing a new challenge. The Tesla factory is forcing its employees to live at work after the occurrence of a shutdown of three weeks owing to the recent spread of Covid-19 cases. Reports suggest that the EV company is set to distribute sleeping bags and mattresses to the workers for this task. The employees will be made to sleep on the floor while functioning in what they call a ‘closed-loop’ system.

One of the many manufacturers in Shanghai, Tesla is following other manufacturers that preparing to restart work following government enforcing a lockdown on Monday, March 28. However, multinational organisations are pressurising the government to ease restrictions to enable them to go back to production. Apparently, even if it involves not allowing the workers to leave the work premises.

The EV manufacturer previously distributed a memo to the workers that entailed details of some of the conditions the employees will be forced to live in. Reportedly, the company will give them each a sleeping bag and mattress, with designated places on the floor for them to sleep on. Additionally, there would be places for showering, catering, along with entertainment. Tesla will give three meals a day to the employees, along with an allowance of 400 yuan (equivalent to $63).

Other details of this plan:

The EV company is looking to follow protocols to avoid the spread of Covid-19 by requiring the workers to take a nuclei test once a day, for the initial three days. Moreover, they would have to get their temperatures checked twice everyday, along with washing their hands about four times a day. According to SCMP, companies had to submit detailed plans to the local health authorities if they wished to resume work in Shanghai. The plans referred to how the companies would make sure to stop the spread of the Covid-19 at their places of work. Companies had to submit the plans before the authorities could approve of them and grant them permission to resume work. Tesla apparently resumed its operations on Monday, April 18, in the closed-loop system. Currently, the employees are scheduled to continue living like this till May 1.

According to reports, three people lost their lives because of the pandemic in Shanghai at the time of the latest outbreak. Though the city announced the reporting of tens of thousands of cases everyday, the numbers are lower than the initial onset.