Texas social media law allowed to proceed pending appeal This comes across as a blow to free speech. 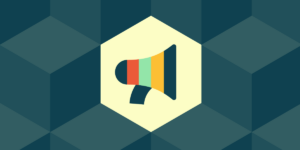 A Texas law can reportedly go into effect following a federal court lifting a lower court’s ruling to block it. This rather constitutionally problematic law mainly limits social media companies from exercising their First Amendment rights to curate the content they generally carry.

The injunction was lifted in a one-sentence order that too without providing a reason. A three-judge panel of US Court of Appeals, in a 2-1 decision carried it out. The Texas HB 20 law mainly prohibits prominent social media platforms from removing or altering content based on the viewpoint of a user.

From now, the law can be thus enforced while the court is in the process of  considering the appeal. Clearly, the decision enabling the law to be enforced before the court rules on its legality is rather incorrect. Undoubtedly, this would create immense uncertainty, possibly spawn several lawsuits and affect protected speech. These are all detrimental to users of social media platforms in the US, along with the world.

Why was the law blocked previously?

The law was blocked by the lower court for the violation of the First Amendment. Evidently, decisions from social media giants related to content moderation can be rather frustrating. However, users of social media are best served when the companies receive the First Amendment’s protection to edit their sites as they feel to is appropriate.

These protections make sure that social media platforms can thus curate content free from governmental mandates. This provides users with a wide range of forums to read and put in their inputs. Most importantly, under HB 20, platforms “may not censor a user, a user’s expression, or a user’s ability to receive the expression of another person based on . . . the viewpoint of the user or another person.” Any user or attorney could sue companies for being in violation of the law.

Clearly, HB 20 is retaliatory step towards punishing platforms for allegedly being biased toward anti-conservatives. This comes as a win for conservative critics of the tech law that underlines the workings of Facebook and Twitter. Moreover, it also comes at a suitable for conservatives supporting Elon Musk’s bid to buy Twitter for $44 billion.

Additionally, HB 20 could affect the emergence of relatively larger conservatives sites. This is as they would be compelled to accept user speech from right across the political spectrum. Tech industry NetChoice  and, the Computer and Communications Industry Association were the ones to file the lawsuit.