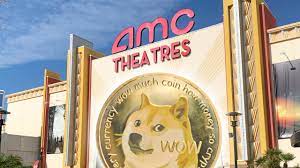 Several large corporations, including Tesla, Amazon, Virgin Galactic, and others, have begun to accept cryptocurrency payments. According to recent updates from AMC Theaters’ CEO, Adam Aron, the company will begin taking Dogecoin via Bitpay.

In the near future, the organization will accept popular cryptocurrencies for online ticket purchases and concession payments. The company had been accepting Bitcoin payments for quite some time.

However, recent updates indicate that the corporation will begin taking Dogecoin. Dogecoin now allows users to buy digital gift cards worth $200 every day. The information was validated after Adam Aron confirmed the above-mentioned news on his official Twitter account.

It’s not surprising to see AMC Theater make such an announcement because Aron had already polled his Twitter followers on whether AMC should consider accepting DOGE. It seemed nearly clear that the company would start taking DogeCoin after having such a positive response to the money. This announcement has since been picked up by several people, who have also responded to Adam Aron’s Tweet. Elon Musk, the creator and CEO of SpaceX, liked his Tweet as well. Here’s where you may find his post.

Customers will be able to use the top meme cryptocurrency to pay for tickets and concession stand items. By the end of the year, AMC will introduce support for Bitcoin, Ethereum, and Litecoin, as previously promised.

According to U.Today, the movie mogul began accepting cryptocurrency payments for eGift cards in October.