Ukrainian law enforcement suspected an electricity theft this month in a data center in the city of Vinnytsia. Ukraine’s Security Service(SBU) then raided the center and described it as the “largest underground crypto farm” found to date. But recent media reports are challenging that assertion. 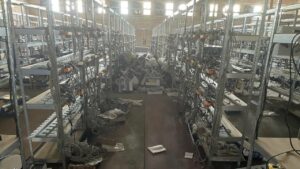 SBU announced they have found a cryptocurrency mining farm in Vinnytsia which was being operated on stolen electricity. The local electric utility allegedly suffered losses of up to $256,000. SBU officers seized around 5,000 units of hardware, including 3,800 Play Station 4s and 500 video cards, from a former warehouse of Vinnytsiaoblenerho.

According to an article by Ain.ua, the seized hardware belongs to a company called MMI Engineering which is engaged in software development, network maintenance, and AI training. Law enforcement authorities say the illegal mining facility was operated by residents of Vinnytsia and the capital Kyiv.

What is FUT card mining?

To mine FUT cards an arrangement of PC-controlled Gaming consoles continuously play FIFA matches to earn in-game currency is set up. ‘FIFA Ultimate Team’ cards can be later unlocked when you have accumulated enough in-game currency. These FIFA accounts with player cards unlocked can be sold in the black market for high prices to game enthusiasts. 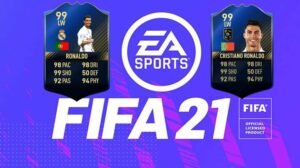 The recent evidence hints towards it being a gaming bot farm rather than a cryptocurrency mining farm in Vinnytsia. “The farm could have been used for grinding”, says an investigative report by the Ukrainian business portal Delo.ua. That’s when gamers employ software to perform repetitive tasks in gameplay that reward the player with something valuable in the particular scenario like gaining experience points, for example, or raising a character’s level. Ukraine’s Security Service declined to comment on the possible use of the hardware citing the ongoing investigation