The Cleveland Cavaliers and Socios.com announce their partnership

The Cleveland Cavaliers and Socios.com, a leading blockchain solution for the sports and entertainment industries, have announced their partnership. While direct, team-based fan engagement aspects and activations with Socios.com are still being reviewed and developed, the initial components of the collaboration will aim at raising awareness and branding for Socios.com through the Cavaliers global asset platform. 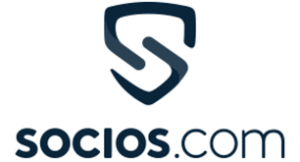 The Socios.com logo will be placed on the abdomen of the Cavs practise jersey, directly below the player’s number, beginning with the upcoming 2021-22 season. In addition, the blockchain supplier will have a visible brand presence in the venue, thanks to broadcast-visible LEDs.

They’ll also be able to utilise the Cavs’ trademarks and emblems in international marketing campaigns outside of the US and Canada. Socios.com is the first Cavaliers partner to take advantage of the NBA’s International Team Marketing Program’s unique branding potential.

Socios.com is a direct-to-consumer (D2C) portal that utilizes blockchain technology to give the world’s most prestigious athletic organisations the tools they need to interact and monetize their global fanbases. It is motivated by the conviction that transforming inactive supporters into active fans is important to the sport’s future success.

Mike Conley, Cavaliers and Rocket Mortgage FieldHouse SVP & Chief Information Officer, said, “This partnership with Socios.com is another significant step forward as part of our ongoing exploration into blockchain technology and how it can be used within our business to grow and enhance fan engagement.”

also read:ethereum is the “pied piper of securities”- Jim Cramer

“We share a passion and drive for innovation with Socios.com, and we are enthusiastic about the prospects this connection will provide as it evolves in the future.”
“I’m delighted that the Cleveland Cavaliers have joined our constantly expanding network,” said Alexandre Dreyfus, CEO of Socios.com.
“Socios.com is quickly transforming into a global powerhouse of fan interaction, transforming inactive supporters into active participants in thei anticipate will lead to significantly increased fan interaction for Cavaliers fans throughout the world.”

Fan Tokens on Socios.com have been launched by a fast-growing 40+ strong roster of top sporting organisations, allowing their global followings to enjoy an upgraded fan experience and become part of a lively worldwide digital community of supporters.

Major European soccer clubs FC Barcelona, PSG, Juventus, AC Milan, AC Milan, Atlético Madrid, Manchester City, Valencia, Inter Milan, Arsenal, and the national soccer teams of Argentina and Portugal are UFC, as well as a handful of top teams from F1, esports, and cricket, are among the partners. The Cavaliers are the third NBA team to sign on as a partner with Socios.com.