ethereum is the “pied piper of securities”- Jim Cramer

After dumping bitcoin from his portfolio, CNBC stock analyst and crypto investor Jim Cramer ethereum is the “pied piper of securities” and said he’s still bullish on his decision to invest in ethereum. Cramer tweeted three days ago that he’s “sticking with” his ethereum stake “but not adding to it.” 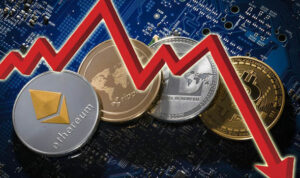 A number of CNBC television hosts, including Jim Cramer, the anchor of the “Mad Money” show, are proponents of cryptocurrencies. At the end of June that Cramer had switched his bitcoin holdings to ethereum, claiming that ether was “more of a money.” Cramer tweeted a few days ago about sticking to his ETH position while also emphasising that Cramer tweeted a few days ago that he was holding to his ETH stake but that he wasn’t adding to it. In a recent interview with thestreet.com, Cramer also mentioned his enthusiasm for ethereum (ETH).

During the discussion, the host of the “Mad Money” show stated that he believes ethereum is “the Pied Piper of cryptocurrencies.” After Elon Musk’s meeting with Twitter CEO Jack Dorsey and Ark Invest CEO Cathie Wood, Cramer voiced his thoughts. The Tesla creator had an influence on the price, the CNBC show host said thestreet.com. “You should go purchase Ethereum for trading,” Cramer said. “ETH is going to run, and I may sell half of my investment if we reach around 20% up (for ETH), which I believe we will.” Musk is out there stating he buys Ethereum, hence Ethereum goes up, according to the CNBC host. It’s a security system akin to the Pied Piper.

Musk is out there saying he buys Ethereum, and therefore Ethereum goes higher. ethereum is the Pied Piper security.

Cramer defended ethereum’s use cases and mentioned how individuals are purchasing non-fungible token (NFT) collectible items such as the NFT of Steve Jobs’ handwritten job application. Most NFTs are now acquired with ether, according to the CNBC show host. Cramer’s tweet stating that he would not be adding to his stock drew a variety of responses. While many individuals disagreed with Cramer’s viewpoint and claimed that his crypto exposure was limited to “ethereum shares,” a few others who responded to his thread agreed with him.

Some individuals questioned Cramer in a different way, requesting that he explain why he wasn’t accumulating more ether. In response to Cramer’s ETH position tweet, one individual said, “$4,400 was the ATH for ETH set in April of this year.” “We’re currently trading at around $2K per unit, which represents a 55 percent retracement. I’m curious as to why you would pass up this opportunity. Do you think prices will go down? “Would you like to elaborate?” the individual inquired.

Cramer’s tweet appears to reflect doubt for someone who feels ethereum is a “Pied Piper security.” The host of the “Mad Money” show has been tweeting about tech stocks and equities since his ethereum tweet.