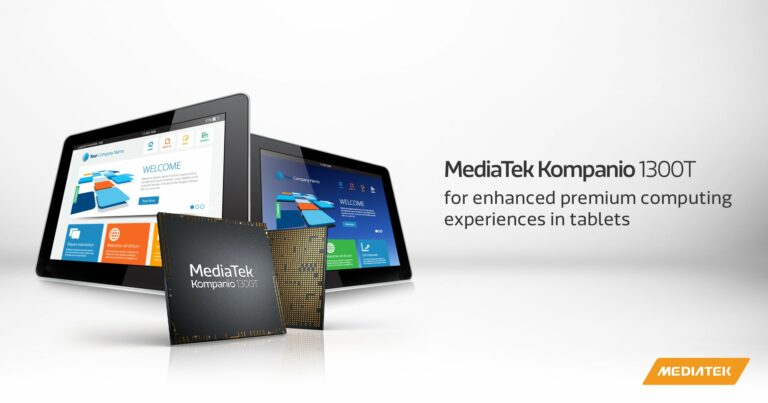 Despite the semiconductor industry’s struggles to meet current global demand, MediaTek has been launching new 5G CPUs. This year, the business announced a number of Dimensity chipsets, including the flagship Dimensity 1200 and Dimensity 900 chipsets. MediaTek has just revealed the new Kompanio 1300T chipset, which will power future tablets and Chromebooks.

The Kompanio 1300T chipset was introduced by the Taiwanese chipmaker in an official press release. According to PC Tseng, General Manager of MediaTek’s Intelligent Multimedia Business Unit, the Kompanio chips will enable OEMs to design lightweight yet powerful tablets and personal computing devices with “robust performance and prolonged battery life, allowing them to bring innovative features and new mobile computing experiences to users.

When it comes to multimedia, the Kompanio 1300T supports multiple-scene HDR10+ and AI image quality advancements. It also supports 4K HDR video recording and has the most up-to-date imaging, decoding, encoding, and playback technologies for 4K video.

It also has chip-level blue light filtering and supports 2.5K screens with refresh rates of up to 120 Hz. The processor can also handle cameras with resolutions of up to 108MP.

MediaTek Kompanio 1300T – When will it be available?

The business did not identify the first tablet to use the chipset, although a prominent source Digital Chat Station previously reported that the Honor V7 Pro, which is slated to be released in mid-August, will use the 1300T.