As recent developments show, Russia, which is currently wrestling with different areas of cryptocurrency regulation, maybe softening its attitude on the asset class. After the bank observed what they regarded to be strange activities, Pavel Revdinets, a Bitcoin trader, had his accounts and cards frozen for possible money laundering. Pavel R. was also asked by Sberbank to submit paperwork outlining the source of funds and the purpose of the transactions.

The Sverdlovsk regional court in Yekaterinburg, Russia’s fourth-largest city, ordered Sberbank to unlock the account of one of its clients whose account had been restricted for trading Bitcoin. 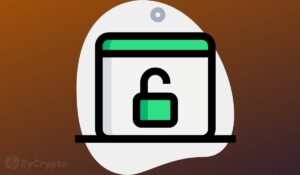 The customer submitted all required documentation and informed the bank that the unexpected transactions were Bitcoin trading. He filed a lawsuit against the bank after his accounts were not restored upon his cooperation.

The first action, in which he sued Sberbank in Revdinsky City Court to unblock his bank cards and accounts, restore remote banking services, and pay him for moral harm, was dismissed by the court.

It’s a victory for cryptocurrencies, which are now subject to regulatory uncertainties in the country. Russia’s present legislation, for example, does not recognize Bitcoin and other cryptocurrencies as a means of payment and prohibits state officials in sensitive positions from having them, owing to the country’s strong worries about the use of cryptocurrencies in money laundering.

The country proceeded to define cryptocurrencies in the new legislation after giving them legal status in 2020 but not accepting them as legal money. The law, which was filed by the Ministry of Finance in mid-November, includes provisions that would regulate cryptocurrency circulation and possession, as well as outline liability for violators of the bill’s requirements.

It also introduces tax obligations for residents, individuals, and legal entities operating in the Russian Federation who fail to register their cryptocurrency holdings or who declare incorrect information regarding cryptocurrency transactions. It also recognizes cryptocurrencies as an “asset” and specifies how they would be taxed as such. It is set to go into effect in April of 2022.

While the measure is still being debated, it remains to be seen if it would ultimately benefit bitcoin traders or not. However, more transparent regulations may loosen the country’s current tight regulations, allowing more freedom.