The creator of Ethereum says Jack Dorsey and Mark Zuckerberg are wrong.

Ethereum inventor, Vitalik Buterin, has voiced reservations over the implementation of his ambitious cryptocurrency plans by Jack Dorsey and Mark Zukerberg.

Square, managed by Dorsey, announced in July that a decentralised financial platform would be launched where developers could implement Bitcoin projects. 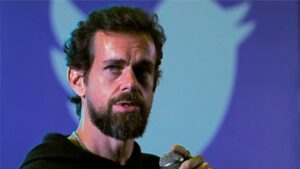 Buterin said Bloomberg was sceptical about the Dorsey Plan, because Ethereum has native functionality to enable smart contracts and “lockboxes” to place Ethereum-based assets directly.

Buterin said, and Dorsey “must create his own system that enforces those rules,” Bitcoine has not yet the same functionality. Buterin added that the Bitcoins must probably be owned by a wallet controlled by Dorsey or system participants.

“It looks like it,” he said to Studio 1.0 on Bloomberg. “But with a much more weak confidence model it will end up being something. “Buterin said that it is unlikely to replace the dollar in its entirety with Bitcoin generally, given the price stability of the dollar.

“In parallel, I believe that, alongside existing currencies, cryptocurrency can still have a very powerful and significant role,” Buterin said.

CEO Mark Zuckerberg recently stated that he wants Facebook to be considered a metaverse enterprise, but it was probably a wrong approach when it came to Facebook’s cryptography with its Libra Coin, now known as Them.

Facebook suffers from the lack of trust, he notes, and it was not sufficient to silence the doubtful when the company attempted to build its own platform, even if it brought in different industry participants.

He views Zuckerberg’s journey in the metaverse as a wager on where the Internet shifts before Facebook becomes one of the “old-world enterprises” of that previous generation, he said.

Buterin is optimistic about the changing role that the Internet playes in people’s lives, despite his critiques of Zuckerberg and Facebook.

Buterin was optimistic when asked where Ethereum would be and in the next five or 10 years.

“With the metaverse, hopefully,” he said.