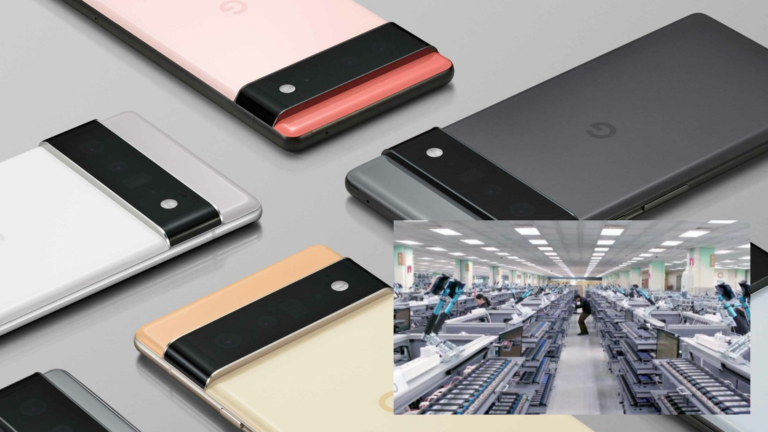 Google has announced that the Pixel 6 and Pixel 6 Pro smartphones, which will be powered by the company’s own proprietary Tensor processor, will be released shortly. Both the rumor mill and official teasers have disclosed several important details about both forthcoming smartphones, including functionality and design. Over the last few weeks, the developments around both devices have grown more constant. The most recent one implies that Google intends to move manufacture of the Pixel 6 series to China.

Google will continue to manufacture the Google Pixel 6 series in China. Notably, Google has already moved its manufacturing facility from China to northern Vietnam. Google, on the other hand, had to move back within a year after relocating its manufacturing operation.

Why Google going back to China for its smartphone production?

The relocation of the Pixel 6 series production from Vietnam to China is not due to a worldwide chipset scarcity. Because of border limitations and new control rules established by Asian governments, Google had no choice but to manufacture the Pixel 6 series in China.

This was discovered in a report published by Nikkei. According to the study, following the global spread of COVID-19, border restrictions have been tightened. To keep the pandemic crisis under control, governments throughout the world have taken a number of steps to prevent the virus from spreading.

Businesses all across the world have been impacted by the COVID-19 pandemic’s stringent border regulations. And Google, like other businesses, had to pay a price. Due to the epidemic, numerous product launches and even smartphone sales have been postponed this year.

While the situation has been stabilized, security procedures remain in place, and new COVID-19-related regulations and restrictions are being implemented throughout the world. Google has no choice but to accept the situation and manufacture the Pixel 6 and Pixel 6 Pro in China.

This decision will have little impact on Google’s manufacture of the Pixel 6 and Pixel 6 Pro. That’s because China has a lot of resources for making cellphones and their accessories. With the Pixel 6 series production in China, we may anticipate the firm to encounter the fewest problems. As of now, the availability is unknown, but rumors say that it will be released in the fall of this year.