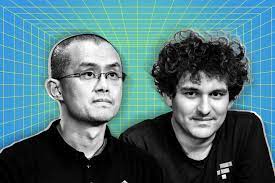 The end of FTX, the platform to be acquired by Binance
Home
Crypto
Bitcoin

The end of FTX, the platform to be acquired by Binance

Bahamas-based cryptocurrency platform FTX has been overcast by bankruptcy, after the recent news speculations and a huge amount of transactions accompanied by the liquidity crunch on the platform.

Looking through the time machine, some time ago, the founder of the FTX platform, Sam Bankman-Fried was considered the next JP Morgan in the cryptocurrency industry. The founder of FTX, a 30-year-old also known as SBF in the cryptocurrency world, has been adding multiple projects into blockchain technology like BlockFi, Celsius, and Voyager Digital. He has also been an investor in the Robinhood market.

SBF, ThE Fortune 30 under 30 billionaires had dreams of shaping the world with the help of democratic and all the political causes of well-being and charity.

All these dreams of SBF are coming to an end. The liquidity crunch means that the platform has to connect with its rival to continue the operations and process the bailout package for the company. In this process, SBF seems to have lost around $15.6 billion of fortune to its business rival Binance.

This has been considered as a stock for the investors who have invested in the platforms. The investors include the Softbank Vision Fund and Singapore wealth fund Temasek, along with Ontario Teachers’ Pension Plan. These institutions invested $400 million into FTX platforms with $32 billion valuations in January this year.

Sam Bankman-Fried had a 53 % stake in the FTX platform with a valuation of $6.2 billion before the recent takeover by Binance. As per a recent report, FTX was not the only valuable asset with the Sam Bankman-Fried and he had invested in some other platforms like Almanda research in which he had a $7.4 billion contribution.

As per the reports of the Bloomberg wealth index, it is assumed that after the acquisition of FTX by Binance, Sam Bankman-Fried will be completely cleaned out from the ownership of the FTX platform along with his sister company almond research liquidation with Binance. Binance will be giving Sam Bankman bail-out for each FTX share at $1 value during this acquisition deal.

With this offer, the former FTX platform founder will be left with $1 billion of total assets from his 15.6 Billion fortune. This has been considered to be 94% of the loss in a single day by the billionaire’s fortune.

According to Binance wealth index reports, the acquisition by the founder of Binance will make him, the richest person in the Crypto Empire who has already been considered to have a fortune of $97 billion in January this year.