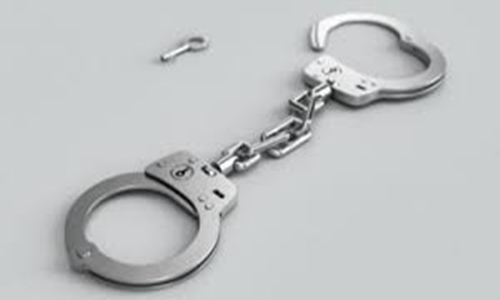 A former NSA (National Security Advisor) who resigned from the intelligence agency in the month of June this year has been arrested on an espionage charge for allegedly sharing data with an undercover FBI agent whom he thought to be someone representing Russia.
Home
News

According to recent reports, the FBI is currently investigating “intentional attacks” on two of the substations in North Carolina’s power grid due to which approximately 45000 people suffered as they had no power or heat during the weekend. Read the entire article to learn more about this news piece.

Several reports suggest that 60% of Moore County in North Carolina lost power during the weekend, reportedly Saturday night. As per what Duke Energy has stated, they did restore the power of about 7000 people but the rest are still left hanging and might have to wait till Thursday to get the power back. The Sheriff’s office in Moore County did upload a Facebook post stating that they are investigating the matter and as this looks like a criminal occurrence. The damage done was intentional according to the evidence and the authorities are hell-bent to get at the bottom of this situation.

There has been no news as of now of any arrests made related to this matter nor have the authorities been able to find out the reason for this attack but the sheriff did say that the attack “wasn’t random,” per The Washington Post. According to the law enforcement department, the outages began around 7 p.m., and the two substations that bore the brunt of what all happened were just at a distance of 20 minutes from each other while driving.

As for Duke Energy, one of their people said that the company’s equipment t got damaged, at both locations. Talking about the experts, warned the world long back about how vulnerable the nation’s infrastructure which means that the power grid of the U.S. is prone to domestic attacks.  John Miller, who happens to be the Chief of law enforcement and intelligence analyst claimed that these attacks have been a national concern for quite a while now.”The challenge is most of these places are outdoors, most are in remote areas and most of them are available for attack from a long distance,” Miller said on “CNN This Morning.”

In Miller’s opinion, the reason why the perpetrator did what he did was to cause chaos and tension which actually worked, and people still suffered because of the outage. When this happened, Moore County immediately declared a state of emergency. This incident happened on Saturday night, and because of it, schools were shut on Monday. The majority of the people are still waiting to get the power back in their houses.