The Apple WWDC Event 2021 was looked at with a lot of anticipation and excitement, with users eagerly speculating and guessing the possible changes and updates. The event did give the users its share of surprises and some of them are quite unexpected that users are in need of some time to update their minds to match the pace of the announcement. 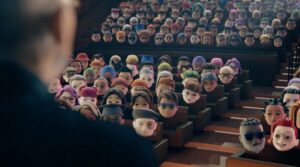 The one that caught the intrigue and attention of the people was the fact that the six-year-old iPhone being compatible with the iOS 15 update which did shake the ground a bit. Nobody saw that coming and once again Apple has proved that “nothing is impossible.”

And not so unsurprisingly, the surprising announcement has made people polish their sarcasm and wit to unleash it on their meme-making skills once again filling Twitter with the same. Apparently, it is not just excitement that can take the form of funny memes, skepticism too can be the kick-off point of creative memes and jokes that are on point, and quite amusing.

Here is a compilation of the best memes and responses from Twitter.

It is always better for your heart to expect the unexpected. We have witnessed 2020 and almost half of 2021, so it should not be a problem anymore.

Looks like showtime is still not over for iPhone 6S.

You cannot blame them for being taken aback.

Every iPhone 6s user reaction right after Apple still letting them to upgrade to iOS 15 pic.twitter.com/7Pkdq8bH42

It is a blurry world after all, philosophically speaking.

After installing iOS 15.
Screen of iPhone 6s user's be like :#iOS15 pic.twitter.com/L9FPAPxSNQ